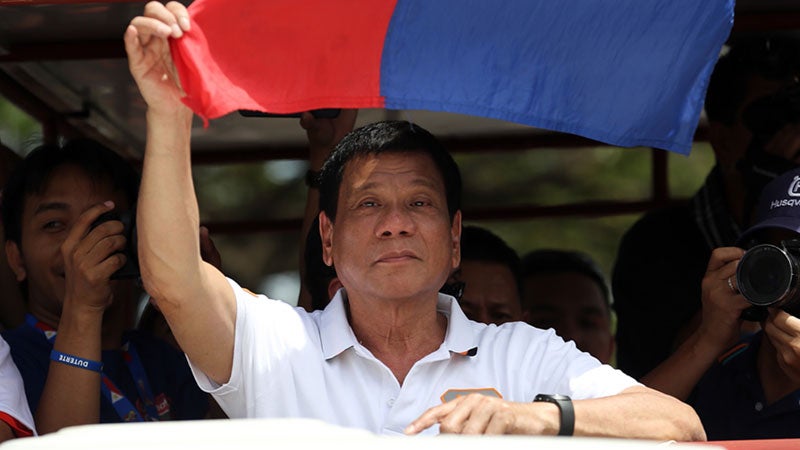 The results, which were first published on BusinessWorld early Monday, revealed that 27 percent of respondents preferred the tough-talking Duterte.

The survey was conducted last March 30 to April 2 through face-to-face interviews with 1,500 adults.

Duterte distanced himself from his rivals as Poe fell to second place with 23 percent. With a margin of error of +/-3, the neophyte senator is “statistically-tied” with Vice President Jejomar Binay at 20 percent.

Duterte was up by four points, from 23 percent in early March, when the last face-to-face survey was done.

However, his rating was down four points if compared to the last SWS-Bilang Pilipino Mobile survey.

Poe, the former frontrunner, saw her number dip from 29 percent last March 8 to 11. However, in the SWS-Bilang Pilipino survey, she was in first place with a preference rating of 34 percent.

Binay’s rating also decreased by two points from the 22 percent he obtained last March 8 to 11.

In the SWS-Bilang Pilipino mobile survey, Binay placed third with Roxas at 17 percent.

Santiago, on the other hand, remained steady at 3 percent.

The poll was conducted after the first presidential debate conducted by GMA 7 and Philippine Daily Inquirer and the release of the Supreme Court’s ruling clearing the way for Poe to pursue her presidential bid. KS