More than 70 killed in fire in temple in south India 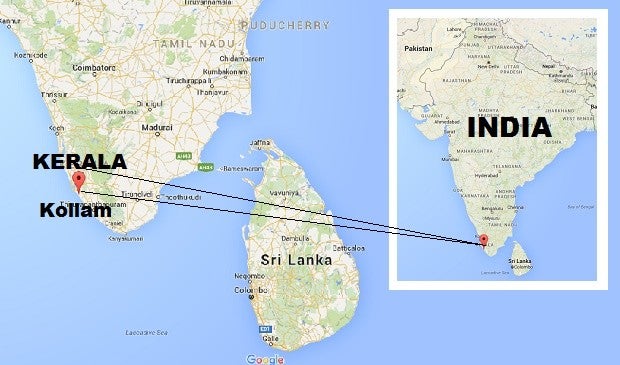 NEW DELHI, India — More than 70 people were killed in a massive fire that broke out in a temple in the southern Indian state of Kerala early Sunday, a top official said.

Another 200 have been injured as people became trapped by flames in the crowded Paravoor temple in Kollam city during a major festival, said State Home Minister Ramesh Chennitala.

The fire started when a spark during a fireworks display ignited a separate batch of fireworks that had been stored in the temple in preparation for the Hindu new year festival called Vishu this coming Thursday, he said.

The fireworks erupted in a big explosion.

The temple was gutted as huge flames engulfed the building within minutes, trapping devotees within the temple, he said.

Read Next
‘Let us fix Mindanao,’ Duterte urges supporters
EDITORS' PICK
Look Through: The fate of impounded stray dogs
House energy committee chair Arroyo bats for cheap electricity
What to watch out for when selecting a video surveillance solution
23,000 cops to be deployed nationwide for school reopening
Unleash the photographer in you this World Photography Day with vivo smartphones
DOH says COVID-19 cases plateauing, but public shouldn’t be ‘complacent’
MOST READ
Korina Sanchez reunites with former ABS-CBN co-anchors Julius Babao, Cheryl Cosim
Sharon Cuneta asks for prayers for friend in ICU who suffered silent stroke
QC school’s shutdown violated rules – CHEd
Light therapy could be the answer to your sleep problems
Don't miss out on the latest news and information.