Four centuries of history behind VP debate in UST 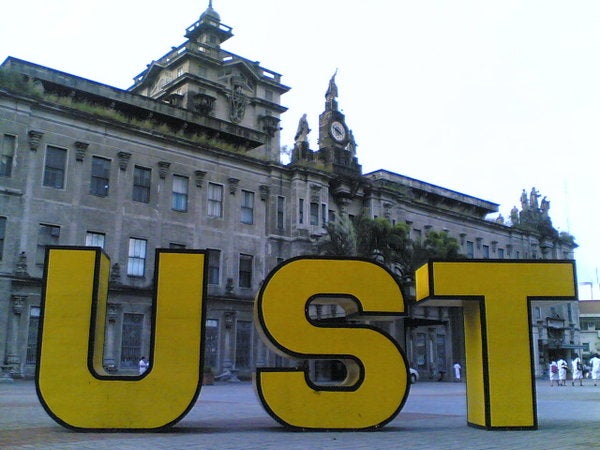 The historic vice presidential debate of the 2016 national elections adds another highlight to the long and rich history of the University of Santo Tomas (UST).

For more than 400 years, UST has seen drastic conflicts and natural calamities. These did not stop it from bearing witness to numerous historical events—from Papal visits to Quadricentennial celebrations.

Here is brief list of the significant events that have taken place within the campus along Espana Boulevard in Manila.

On Nov. 28, 1970, Pope Paul VI, the first pope to visit the country, had an encounter with the youth at the open field of the university.

As part of his apostolic journey to Pakistan, the Philippines, Japan and the United States of America, Pope St. John Paul II addressed the youth in the University on Feb. 17, 1981.

The pope gathered the young people again in Jan. 1995 for the 10th World Youth Day. He celebrated Mass for the International Youth Forum at the Central Seminary Chapel of UST and delivered a speech for the youth at the UST Grandstand.

Just last year, on Jan. 18, Pope Francis delivered a speech in front of the youth at the UST Grandstand tackling the issues of women, youth and the poor as part of his apostolic visit to Sri Lanka and the Philippines.

READ: Pope Francis in the Philippines

Because of the university’s ever-growing population, the administration decided that they needed a bigger sports complex to accommodate students during special occasions.

On July 29, 2008, a groundbreaking ceremony was held to officially begin its construction in preparation for UST’s 400th year anniversary.

The Opening of the Jubilee Door and a mass launched the beginning of the Quadricentennial week on Jan. 24, 2011. The Q Parade followed it, with five floats representing each century of the university, including the “Q float.”

Commemorative memorabilia such as the Quadricentennial watch, bills, stamps and medals were also introduced.

The anniversary was concluded with a weeklong celebration the following year, from Jan. 23 to 27.

On April 10, another historical event will unfold in the Royal, Pontifical, and Catholic University of the Philippines in partnership with CNN Philippines, Business Mirror, and Kapisanan ng mga Brodkaster ng Pilipinas.

Vice presidential candidates will go head-to-head for their only debate to be held in UST’s Quadricentennial Pavilion at 5 p.m.

READ: All 6 candidates to attend VP debate at UST

No water in Sampaloc for 3 and a half days