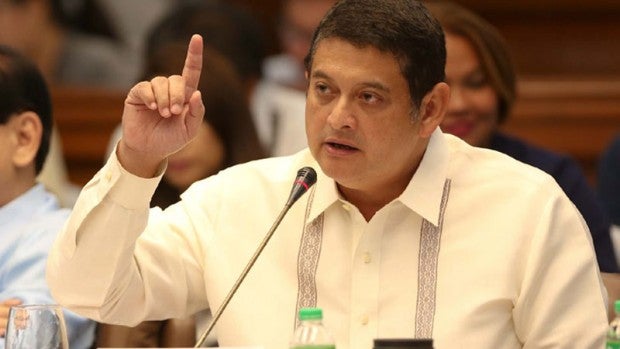 Guingona, chairman of the Senate blue ribbon committee investigating the alleged $81 million in stolen funds from the Bangladesh’s central bank, said the decision to file the case was reached after the committee hearing on Tuesday.

(The meeting between the AMLC and the Bangladesh Ambassador and that with the Bangladesh AMLC won’t push through because the Philippine AMLC has decided that regardless of whether they secured the consent of Kim Wong or not, they will still go through the process of filing the civil forfeiture case so that they will also have a court order.)

The senator was referring to Bangladesh’s ambassador to the Philippines John Gomes, who confronted AMLC Executive Director Julia Bacay-Abad after Tuesday’s hearing over the agency’s promise to turn over to the Bangladesh government the money recovered from Wong.

READ: Bangladesh envoy: We want all of $81M stolen back

Wong earlier surrendered to the AMLC $4.6 million and another P38 million, which were believed to be part of the stolen funds that slipped through the Philippine financial system.

The senator said a court decision could be expected in a week or two.

“That will not take long usually ‘yung mga ganyan (such cases) will take long kung merong nagko-contest na ibang tao (if someone contests them). May nagsabing hindi pera ng Bangladesh, pera ko yan (Someone could say it’s not the money of Bangladesh, it’s my money,) but in this case I don’t see anybody filing an intervention saying that it’s their money and not Bangladesh’s money. So I see mga at least one or two weeks tapos na yan (it would only take at least one or two weeks for that to be settled),” he said.

Guingona said getting a court order was the most “prudent” thing to do before turning over the stolen funds to Bangladesh.

“We arrived that the most prudent thing to do is to file a case sapagkat yan po ang proseso ng batas at kailangang sundan natin ang proseso at mas maganda talaga ang basehan merong korte na nagsasabi na, number 1, it’s the money of Bangladesh; number 2, it should be returned to Bangladesh; and number 3, orders the return to Bangladesh,” he further said.

(We arrived [at the conclusion] that the most prudent thing to do is to file a case because that’s the process of the law and we have to follow that process, and it would be better if there is a basis that the court has said that, number 1, it’s the money of Bangladesh; number 2, it should be returned to Bangladesh; and number 3, orders the return to Bangladesh.)

Abad, during Tuesday’s hearing of the committee, sought Wong’s consent and the committee’s opinion on whether or not the AMLC could turn over the money to Bangladesh despite the accompanying documents in the delivery of the money, which “indicated” that it was just for “safekeeping.”

While Wong said he was no objection to it, his lawyer, Inocencio Ferrer, said they would leave it up to the committee to decide on the matter. CDG

READ: Solons debate on return of funds to Bangladesh gov’t