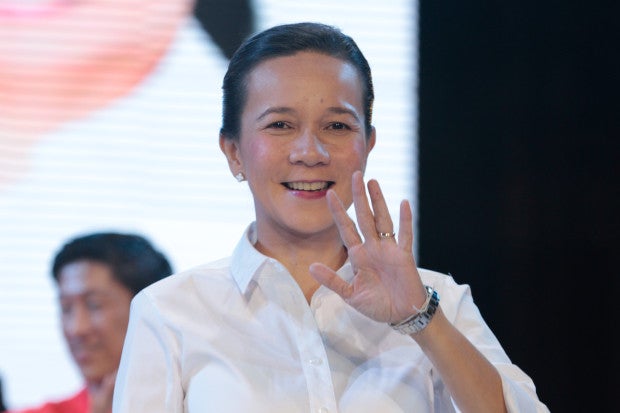 Presidential aspirant and Sen. Grace Poe remained to be the frontrunner in preelection surveys after she topped the latest Pulse Asia Survey released on Friday.

Four percent of the 4,000 respondents said they were not inclined to support any of the presidential candidates. The survey had a margin of error of plus-or-minus 1.5 percentage points.

Poe and Duterte were statistically tied as the top pick of respondents in Metro Manila with 31 percent and 30 percent, respectively.

Poe had the support of 35 percent of respondents from Luzon while Visayas remains as a bailiwick of Roxas who got 37 percent. Duterte was the preferred candidate in Mindanao with 43 percent of voter preference.

In terms of social classes, Duterte was the top choice from class C with 32 percent, Poe lead in Class D with 27 percent and was also the top pick of respondents from Class E with 30 percent.

The survey also asked the respondents to pick their “second choice” presidential candidate should their chosen candidate failed to continue his or her bid.

Poe, who had 29 percent remained to be the top choice if their preferred presidential candidate quits the race. Binay came in second with 18 percent while Duterte and Roxas shared the third spot with 15 percent.

The survey was conducted days after the Supreme Court reversed the Commission on Elections (Comelec) order disqualifying Poe from the tight presidential race. CDG