Trump faces challenge in Utah vote but could net delegates 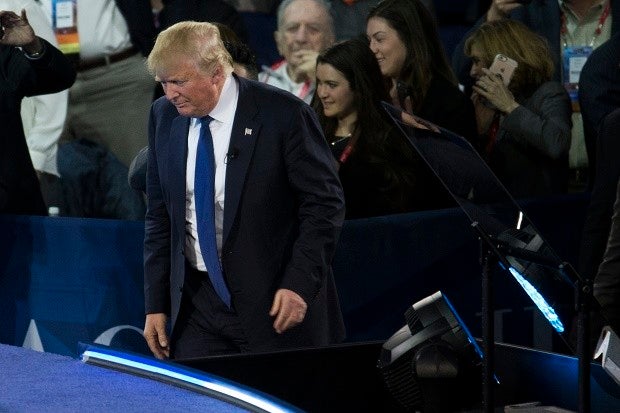 WASHINGTON — Donald Trump faces a tough challenge in Utah’s caucuses on Tuesday, but the Republican front-runner could still gain some delegates if sharp party divisions prevent anyone from winning a majority in the conservative state that prizes civility and religiosity.

For the Democrats, Hillary Clinton was likely to extend her overwhelming delegate lead over rival Bernie Sanders in contests in Arizona, Utah and Idaho, moving closer to becoming the first woman presidential nominee from a major political party.

The former secretary of state and first lady now has 1,163 delegates to Sanders’ 844, based on primaries and caucuses. It takes 2,383 delegates to win the nomination.

Both Cruz and Kasich want to keep Trump from gaining the required 1,237 delegates to win the Republican nomination, ultimately forcing a contested convention to take place in July.

Cruz was likely to do well in Utah. He has been helped by the support of Mitt Romney, the Republicans’ most recent presidential nominee, who holds clout among the state’s predominantly Mormon voters. The Texas senator also picked up the endorsement of Utah Gov. Gary Herbert on Monday.

But Kasich was fighting back in Utah, hoping his more pragmatic approach and longtime governing experience will net him delegates there.

According to Utah state regulations, if no candidate wins more than half of the caucus votes, each of the three candidates will be awarded delegates proportionally. The candidate who can win Utah by more than 50 percent will walk away with all 40 delegates.

READ: Trump or Cruz? Republicans face up to growing dilemma

Trump could significantly benefit from those rules if Cruz doesn’t win the majority. The former reality television star goes into Tuesday’s contests with 680 delegates in hand. Cruz has 424 and Kasich has 143.

On Monday, Utah Republicans received a pre-recorded call from Romney urging them to back Cruz, not Kasich. “At this point,” Romney said on the call, “a vote for John Kasich is a vote for Donald Trump.”

Cruz, a fiery conservative, often lashes out against Republican establishment figures, many of whom traditionally thrive in Utah. But leaders like Romney and Herbert have consolidated around Cruz because he is seen as the only one who can catch up to Trump’s delegate lead.

Trump appears to be in a stronger position in Arizona, which will award all of its 58 delegates to whichever candidate wins the most votes.

There is a widening divide among Republicans nationwide. A total of all the votes cast thus far shows that a majority of Republicans have chosen someone other than Trump, but he has managed to amass a majority of delegates.

READ: Trump: Number one priority is to dismantle Iran deal