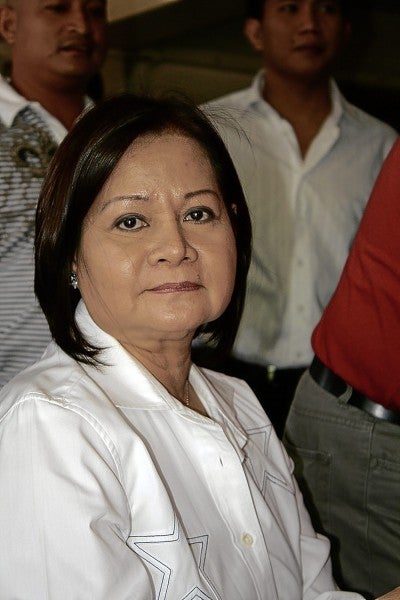 “Redemption is open to anyone.”

Asked about Pineda’s backing of the LP bets, Quezon said any politician, regardless of affiliation, who adhere to the principles of the administration’s “straight path” reform on good governance is welcome to the ruling coalition.

“Sinasabi naman ng Pangulo dati pa na kahit ano man ang iyong affiliation, kung sasama ka sa Daang Matuwid at you would sign up and show that you are adhering to the concepts of Daang Matuwid then ‘di ba redemption is open to anyone,” Quezon said over state-run DZRB.

(The president already said before that no matter your affiliation, as long as you are willing to join the “Straight Path,” and you would sign up and adhere to its concepts, then (it just shows that) redemption is open to anyone.)

“Therefore if you stand by Daang Matuwid and show that you have had a change of heart and that you are willing to subscribe to putting the people first then you should welcome these additions to the coalition,” he added.

Citing President Benigno Aquino III’s last State of the Nation Address, Quezon said Pineda testified in a video how the national government supported her constituents despite not being an ally of the administration that time.

(If I recall correctly, she was pointing out how the government’s programs helped ease the burden of the provincial government.)

Pineda on Thursday vowed to President Aquino that Kapampangans would give all-out support to LP candidates in the upcoming May polls, as she endorsed Roxas and Robredo. Pampanga has 1.2 million registered voters.

“Mr. President, you poured in billions of pesos worth of projects, especially in infrastructure, here in Pampanga and [those] funds were for the development of the province of Pampanga. All of the [people of Pampanga] here today promise you that they will support all of your candidates,” Pineda said in Filipino at a gathering of nearly 15,000 people who filled the Capitol compound in Santo Niño village.

Running unopposed for reelection, Pineda was the rival of LP’s gubernatorial bet and former Pampanga governor Ed Panlilio, who lost to her in the 2013 midterm elections. It can also be recalled that Roxas once castigated Pineda in front of her top police officials in 2013 for failing to stop jueteng in the province. IDL