MONEY LAUNDERING: Where did $81 million go? 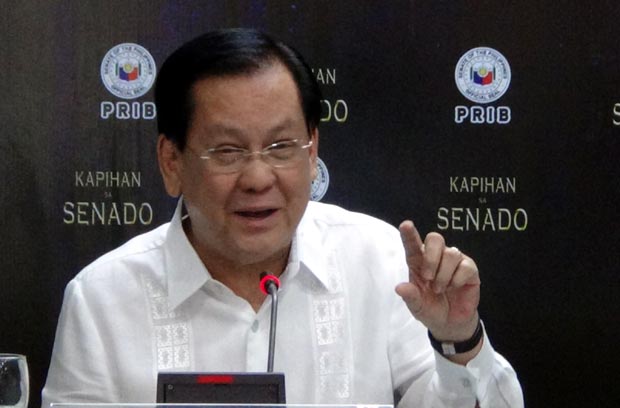 The Senate has started tracing where the $81-million from the accounts of the Bangladesh central bank went after the money slipped through the Philippines financial system, Senator Serge Osmeña said on Monday.

Osmeña, chair of the Senate committee on banks, financial institutions and currencies, said the Senate would also trace the four depositors who opened the US dollar bank accounts at the Rizal Commercial Banking Corp. (RCBC) branch on Jupiter Street, Makati City, in May 2015 with an initial deposit of $500.

The accounts, reportedly under the names of Enrico Teodoro Vasquez, Alfred Santos Vergara, Michael Francisco Cruz and Jessie Christopher Lagrosas, were untouched until Feb. 4, 2016, when $81 million were transferred to them.

The alleged fraudulent transfers of the money from the BB account will be the subject of the investigation of the Senate blue ribbon committee on Tuesday.

The dollars were reportedly converted into pesos by a remittance company called Philrem and then transmitted them in various tranches to the bank accounts of Chinese national Weikang Xu, Eastern Hawaii Leisure Co. and Bloomberry Hotels Inc. (Solaire Resorts).

“We have no idea where the money went as of this time,” the senator added.

Read Next
UP student: I meant no disrespect for Duterte
EDITORS' PICK
House energy committee chair Arroyo bats for cheap electricity
Why Tagle is a leading papal contender
Powered by style, innovation and passion
In Borongan, nuns play hoops (not mahjong)
PH resumes talks with China on Chinese-funded transport projects
A laptop that maximizes your WiFi so you can maximize your productivity
MOST READ
Imee Marcos bares illegal importation of white onions
Why Tagle is a leading papal contender
Zubiri on SRA mess: Shameful, disgusting
Ogie Alcasid positive for COVID-19: ‘We keep ourselves protected and yet inabot din’
Don't miss out on the latest news and information.