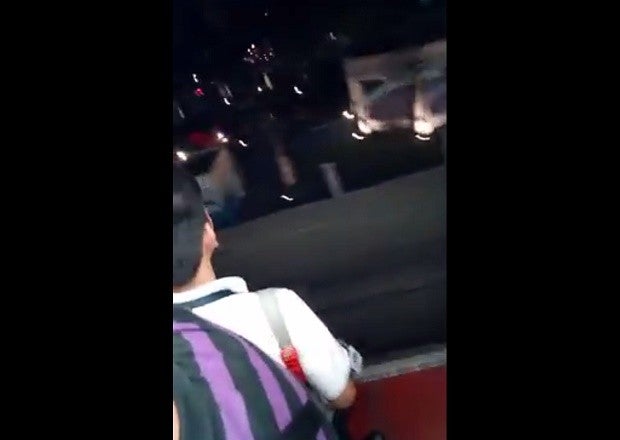 A video of a Light Rail Transit 1 (LRT 1) train running with its doors open went viral on Thursday, raising concerns on the safety of passengers in the Metro’s train systems.

Passenger James Jun Cubelo posted on Facebook a video he took on board the LRT 1 bound for Baclaran.

(At round 6 p.m. on March 10, 2016, my friend and I took the LRT 1 from Central Station. We noticed that the doors didn’t close but the train was already running. We were shocked when the guard just told us to hold tight. It’s like a ride at Star City!)

Cubelo said that the train was full when they boarded but the coach became spacious when passengers found out that doors were open.

Cubelo, who is expecting to graduate from the Technological University of the Philippines – Manila, told INQUIRER.net that they knew it was not safe but they had no choice since the train had already moved.

“Everyone was shouting and panicking. We didn’t have a choice but to hold on the handrails tightly,” he said.

When the train stopped at United Nations Station, Cubelo said they were not able to raise the glitch to the management nor to the train operator because passengers were quick to ride the coaches.

This time it was very unsafe as there were more people and anyone may just fall off the coaches, he said.

Foreign students can also be seen in the video.

The doors were finally checked and closed at Pedro Gil Station.

In the caption of his video, he called on the LRT management to explain to the passengers the purpose of the emergency button inside the coaches.

(Kindly explain the purpose of the emergency button because we’re not aware of it. I thought that if your press it, the door will open. In this case the door was already open, so I opted not to attempt pressing it.)

The management of LRT 1 has issued a statement regarding the incident on its Twitter page on Friday, apologizing to passengers and asserting its policy that no train with a door fault is to leave the station.

The LRT management drew flak this week when the train system suffered a major glitch during free rides to women on the occasion of the International Women’s Day. CDG