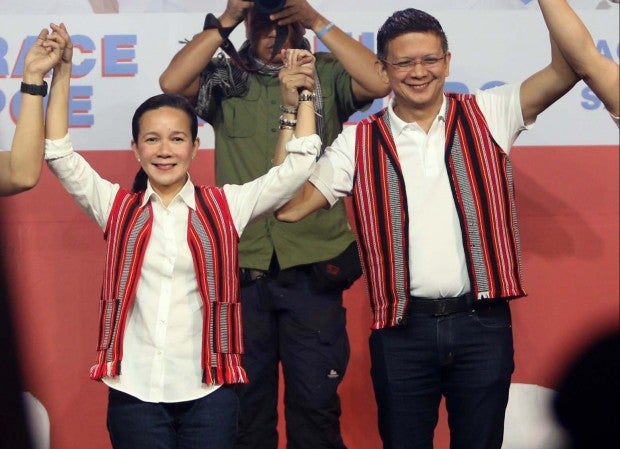 Senators Grace Poe and Francis Escudero on Thursday came under fire from a militant group of farmers for saying that businessman Eduardo “Danding” Cojuangco has nothing more to do with the multibillion peso coconut levy racket perpetrated during the Ferdinand Marcos regime.

Joey Faustino, executive director of the Coconut Industry Reform Movement, issued a strongly worded statement denouncing claims by the presidential aspirant and her running mate during a campaign sortie in Quezon province on Wednesday that Cojuangco no longer had obligations under the levy scheme.

“The time for pretension is over,” Faustino said, adding that the comments of Poe and Escudero “clearly project” the position of Cojuangco and his Nationalist People’s Coalition, which has endorsed Poe’s run for the presidency in the May 9 elections.

“So to claim that they are one with the coconut farmers in resolving this issue is a great big lie,” said Faustino, who has been at the forefront of efforts to recover assets amassed using the coco levy funds.

The tax was imposed from 1973 to 1982. Some 3.5 million farmers and farm workers are involved in the industry. They comprise one of the most impoverished sectors in the Philippines.

“The terms misinformed or naive could not even apply to the claims of these two Senators. To say that Danding Cojuangco is no more involved in the issue and that only government is now responsible for the outcome of efforts to recover the coco levies is simply deceptive in nature and meant to serve Danding Cojuangco’s interests,” he said.

Faustino said the amount of San Miguel Corporation (SMC) shares merely pointed to a portion of investments made by Cojuangco using the Coconut Industry Investment Funds (CIIF) during the martial law period. The CIFF-SMC shares now amount to P71 billion and had turned over to the government under a Supreme Court decision in 2012.