‘Bank CEO told me how to address issues against me’
By: Doris Dumlao-Abadilla - Business Features Editor / @philbizwatcher
Philippine Daily Inquirer / 12:09 AM March 11, 2016 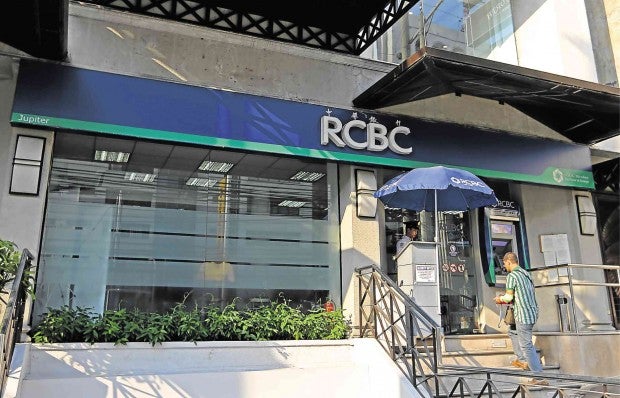 The Manager of the Rizal Commercial Banking Corp. branch on Jupiter Street in Makati City—gatekeeper of the suspicious bank accounts involved in the $81-million cross-border remittance being investigated by antimoney laundering authorities—is either a negligent banker or a scapegoat, depending on which narrative one reads.

Maia Santos-Deguito of the RCBC branch, among the bank’s best performing branches, is being investigated by the RCBC head office for alleged violations of the bank’s money-laundering and terrorist financing-prevention program manual, and for falsification of deposit account opening and other offenses listed by RCBC’s human resources (HR) group in a show-cause memorandum dated March 2.

However, Deguito, in a reply to the allegations dated March 7, vehemently denied all the accusations against her.

She claimed that all her actions in connection with the questioned transactions were aboveboard, in compliance with applicable rules and procedures and customary practices of the bank, and were known to higher-ups at the head office, including the bank’s president.

In an interview on Monday, lawyer Ferdie Topacio said his client, Deguito, had told him that she received specific instructions directly from RCBC president and CEO Lorenzo Tan to allow the transfer of $81 million into five accounts in her branch.

In a press statement on Wednesday, however, Tan branded as “malicious” what he described as “insinuations” that the RCBC top management had approved the multimillion-dollar transfer into the Jupiter branch, which later turned out to be part of an international money-laundering scheme. (See related story on this page.)

Five out of six individuals are being probed by the Anti-Money Laundering Council (AMLC) in line with an $81-million remittance that the Bangladesh Bank, the South Asian country’s central bank, reported as fraudulent and stolen from its US account. The five individuals kept deposit accounts at the RCBC branch on Jupiter Street.

Four of the accounts—those held by Michael Francisco Cruz, Jessie Christopher Lagrosas, Enrico Teodoro Vasquez and Alfred Santos Vergara—were opened in May 2015 and facilitated by Deguito. These accounts had no activity until the $81 million was wired by the US Federal Reserve Bank of New York.

Citing the bank’s internal investigation, the RCBC memo signed by HR group head Rowena Subido, a copy of which was obtained by the Inquirer, alleged that the branch manager had committed “grave misconduct” and that her actions had resulted in loss of trust and confidence.

Subido listed a number of Deguito’s alleged violations, including the following:

Opening the bank accounts of the clients (who are now under AMLC investigation) without thorough scrutiny, in violation of the know-your-customer (KYC) rule.

Vouching for the remittances from Bangladesh as “valid” and “clean” that in turn led to the lifting of the hold order on the accounts on Feb. 5—the day the $81-million money transfer happened.

After the stop payment order was received from the Bangladesh central bank at 9:57 a.m. on Feb 9, “rush processing” of withdrawals was facilitated until 11:35 a.m. despite constant notice to recall and freeze the funds from RCBC’s settlements department.

Besmirching RCBC’s name and reputation due to violations of antimoney laundering regulations that put the bank in a bad light when the Inquirer first reported about a $100-million money-laundering case on Feb. 29.

Falsifying the opening of the foreign exchange account of William Go, owner of Centurytex, at the Jupiter branch.

This was the same account where all other accounts were consolidated, with the dollar deposits converted into pesos and transferred to other banks by remittance firm Philrem.

On how the suspects were able to hastily withdraw money before acting on the “stop payment” request by the Bangladesh central bank, the HR memo said RCBC had received information that in the case of the $22.735-million cash withdrawal by  Lagrosas, Deguito allegedly ordered her staff to prepare withdrawal documents although Lagrosas was not on the premises.

The memo said this violated the bank policy on over-the-counter withdrawals.

The memo also accused Deguito of failing to perform her duties as business manager—particularly in ensuring compliance with KYC and antimoney laundering guidelines—by making representations that the accounts were “valued” and “longtime clients” of the bank and that KYC rules had been properly performed. 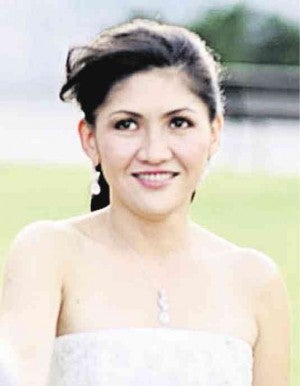 DEGUITO Caught in the middle

In the course of dealing with these accounts, Deguito said in her reply to the show-cause memo that she had “no inkling whatsoever of any unlawful activity and had no reason to believe that in conducting such dealings, I would be exposing the bank to any risks, especially considering that all my acts carried the approval of my superiors.”

Deguito said she first met the holders of the subject accounts on March 13, 2015, at Solaire Resort and Casino, claiming this was upon the referral of a casino high-roller.

She said she interviewed these people and was told that they were in the process of setting up a corporation meant to put up investments in Solaire and hold investments in the Philippines.

“They also told me that they have contracted a loan to start up a business. However, the source of the loan was not disclosed to me,” Deguito said in her reply.

Several months passed without any activity on the account until Feb. 5 when $81 million was wired to the four accounts. The branch asked RCBC Settlements at the head office to send a copy of the MT103, which revealed that the remittances were loan proceeds from a corporation in Bangladesh and the others were consultancy and engineering fees.

MT103 is a Society for Worldwide Interbank Financial Telecommunication message format, which is specifically for making payments.

“I then recalled … during our first meeting about the loan that the five account holders were expecting,” she said.

Since she did not receive any calls or texts from the settlement unit, Deguito said she assumed that everything was “just perfectly in place.”

Presigned forms were sent to the branch for the withdrawal and transfer of funds to the account of Centurytex Trading, an account of the branch held since 2014 and owned by Go. But as Centurytex did not have any US dollar account, Deguito said she called Go to verify the transaction and was instructed to immediately set up a dollar account.

This was the same account used to consolidate all other remittances before being converted into pesos by Philrem and transferred to the beneficiaries (in other banks).

It was after the completion of the transactions that there were “belated” queries from the operations, settlements and other departments of the head office, Deguito claimed.

But at 6:22 p.m. on that same day, she cited an e-mail from RCBC regional service head Nancy Quiogue, stating “This is a valid remittance.”

“She further said that I should just coordinate with the clients on the nature of the funds and for us to make sure these accounts pass through the proper procedure. This communication certainly convinced me that the remittance was indeed in order,” she said.

On the recall order issued by the Bangladesh Bank, Deguito claimed that she was assured by her superiors, including regional sales director and retail banking group head Brigitte Capina —that it was “not the bank’s fault,” as the remittance had gone “through the process before it reached RCBC.”

On Go’s complaint about the  falsification of the opening of the account, Deguito said Go himself had instructed her to put the remaining balance of the funds into the newly created account.

The affidavit included a screen shot of the alleged text from Go: “Maia, I sent you the signed documents pertaining to my instruction early this morning. Pls take effect the immediate debiting of my acct and transfer to Philrem all the remaining balance in my dollar acct. Am disappointed cause we are having a hard time moving our money from your bank,” she said.

When she got back to the branch after a meeting, she said Go’s account had already been “zeroed out.”

“Mr. Go’s accounts in my branch are definitely genuine. I categorically deny that I opened fictitious bank accounts for him. I did not admit to him any wrongdoing when we met. I indeed sought him, as I needed to clarify his transactions with the subject accounts and his instructions to transfer funds to Philrem,” she said.

“Most importantly, I had no reason to doubt the identities of these individuals considering that they were referred to me by a person personally known to Mr. Lorenzo Tan, the bank’s highest ranking officer,” Deguito added.

“In fact, when my attention was called as to the possible irregularities in the transactions, Mr. Lorenzo Tan even dictated how I should address the issues raised against me. He guided me in the preparation of my response to Atty. (Laurinda) Rogero (the bank’s antimoney laundering officer) when she directed me to explain the transactions involving the subject accounts.

“The assistance given to me by no less than the president of the bank certainly shows that the remittances were valid and that the funds were clean,” she said.