KUALA LUMPUR—The head of the biggest Moro rebel group in southern Philippines on Monday warned that the Islamic State (IS) terrorist group was trying to establish a stronghold in Mindanao following the failure of the Philippine Congress to pass the proposed Bangsamoro Basic Law (BBL) as part of a peace agreement.

Even so, Murad said the delay in the enactment of the proposed BBL, which sought to establish a more powerful and better-funded autonomous region for minority Muslims, had led to frustrations that could be exploited by the IS and other extremist rebel groups.

“There have been some efforts of penetration [by IS] but they have not succeeded in establishing a stronghold in Mindanao,” Murad said during a news conference.

“But now after the nonpassage of the [proposed BBL], we are quite concerned that they (IS militants) can capitalize on this because the [frustration] of the people in the area is now very strong,” he added.

Gunmen pledging allegiance to the IS group, which controls vast swathes of territory in Iraq and Syria, recently instigated a series of deadly battles with the Army in Lanao del Sur, leaving three soldiers and 24 others dead.

Malacañang and the military, however, insisted there were no operational links between the IS and Moro terrorist groups in Mindanao. 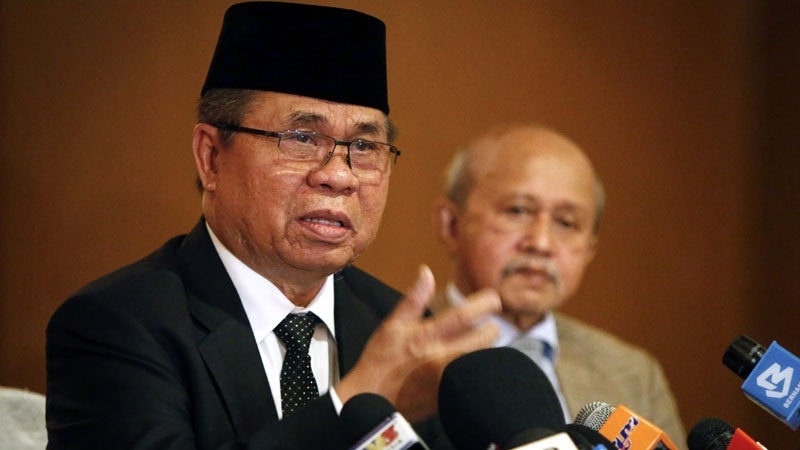 The conflict has left 150,000 people dead and stunted development in Mindanao, home to some of the country’s poorest regions.

Under the peace deal, a draft BBL was submitted to Congress to create the autonomous region to be called Bangsamoro. The bill’s early passage was stalled by anger over the killing last year of 44 Special Action Force commandos in fighting that involved some fighters from the Moro group.

Lawmakers ended the last regular session of their term last month without passing the bill.

“We cannot completely abandon armed struggle, but we always believe we have to give supremacy, primacy to the peace process because we believe the solution to the problem is still political,” he said.

“As long as the peace process has a chance to move forward, then we don’t want to revert to violence again,” he added.

Murad said he was hopeful that the new President who would be elected in May this year would support and continue the Aquino administration’s peace efforts. AP and AFP