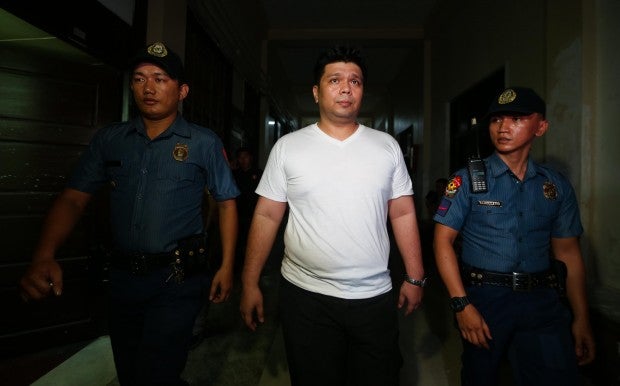 SMARTING from allegations online that it had a hand in the supposed “disappearance” of expelled Iglesia ni Cristo (INC) member Lowell Menorca, the religious sect called him a mere “fugitive from justice.”

Hours after Menorca was reported “missing” on Monday, and after his own lawyer and the Bureau of Immigration said he had left the country for Vietnam, the otherwise media-shy homegrown church wasted no time convening a press conference at the office of Eagle Broadcasting Corp. (EBC) in Quezon city.

INC aired its own reading of Menorca’s departure. “Beset by several libel suits and an adultery charge to boot, [Menorca] took the cowardly option. He took a hurried flight last night bound for Vietnam. He is now a fugitive from justice,” INC lawyer Moises Tolentino Jr. said, reading from a prepared statement.

Tolentino is one of the lawyers representing INC officials listed as respondents in the writ of amparo case filed by Menorca’s camp in the Court of Appeals. On Monday morning, Tolentino was set to cross-examine Menorca on his earlier testimonies.

But with his departure, “[Menorca] robbed us of the opportunity to expose his lies,” the lawyer said.

Tolentino lashed out at Menorca’s lawyer, Trixie Angeles, for “floating the idea” that Menorca had gone “missing” after he posted on Facebook early Monday a perceived “threat”—

a family photo clipped on his car’s windshield wiper, with a red “X” on his daughter’s face.

As it turned out, Angeles admitted to the appellate court that the last time she spoke to Menorca was on Sunday night, in which Menorca revealed he was already at the airport.

INC spokesperson Edwil Zabala observed that Angeles’ words seemed calculated “to make it look like we detained him, or did something worse.”

But “it is unfair to accuse us of having something to do with his supposed disappearance, when certain people close to the family already had an idea he was at the airport last night,” Zabala later told the media.

Zabala added that INC was “hurt” by speculations against the church circulating in social networking sites.

“The public is smart enough to know by now that there are certain people who like to invent stories, hurl accusations against us,” Zabala said. “But when it comes time for them to show proof, they disappear.”

“We should be noticing by now: All these are borne from [Menorca’s] ill feelings against the church. Maybe he wanted something to happen that wasn’t given to him. So now, whenever something happens to him, he keeps blaming us,” Zabala said.

A source from INC, who declined to be named, said Menorca had wanted to be a minister, but could never make the cut, one of the possible reasons for his “ill feelings” against the church.

INC said Menorca and his family had fled unmolested.

At the press conference, Zabala and Tolentino presented two witnesses over a video-linked teleconference call—a married couple, both INC members and currently touring Vietnam, who had taken the same Ho Chi Minh-bound flight as Menorca from Ninoy Aquino International Airport on Sunday evening.

Zabala said the couple reached out to an INC minister in Vietnam at noon on Monday after being “bothered” by allegations on social media that INC was responsible for Menorca’s apparent disappearance.