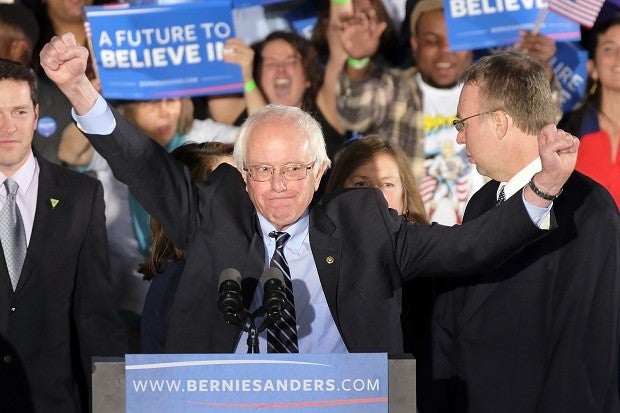 WASHINGTON, United States — Bernie Sanders defeated Democratic frontrunner Hillary Clinton in a caucus held Saturday in the heartland state of Kansas and Nebraska, giving a boost to his flagging campaign, US media reported.

The Vermont senator had lost significant momentum to the former US secretary of state following last week’s Super Tuesday vote, after which Clinton gained a sizeable lead in the count for delegates needed to secure the Democratic nomination.

But he seemed to recover somewhat with the two key victories Saturday, ahead of another contest in Maine.

US broadcasters projected Hillary Clinton would be the victor in the night’s only Democratic primary, in the southern state of Louisiana.

Sanders lost no time crowing about the Kansas victory in a fundraising appeal in which he expressed delight over his “political revolution.”

“Tonight’s victory means the last three states called in this Democratic primary have been won by our political revolution,” Sanders wrote.

“And we’re optimistic that we’ll do well in the caucus already under way in Nebraska, and another in Maine tomorrow,” he wrote.