Is Korina Sanchez working for Department of Agriculture? 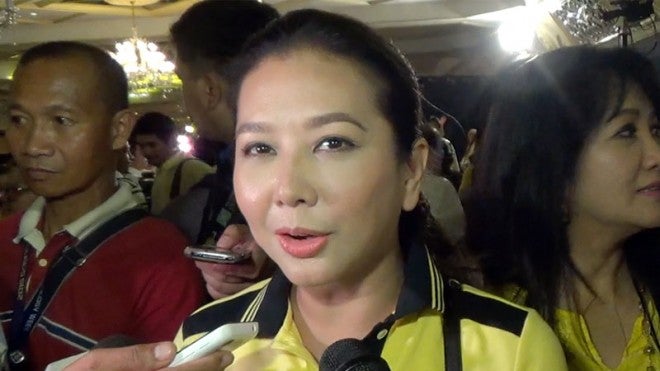 Why was broadcaster and TV personality Korina Sanchez giving out checks and farm equipment during an official event of the Department of Agriculture (DA)?

Peter Laviña, spokesperson of presidential candidate and Davao City Mayor Rodrigo Duterte, criticized the wife of Liberal Party standard-bearer Mar Roxas, who joined DA officials on stage during the distribution of some P611-million worth of agriculture funds and equipment in Tagum City on Saturday.

Personally handing out cash and farm equipment to farmers is also a form of bribery and vote-buying to influence voters to support her husband, he said.

“Korina is now an accomplice in a systematic shameless act that conditions the electorate to accept doles in exchange for votes,” said Laviña.

But Agriculture Secretary Proceso Alcala said he saw “nothing wrong with  (Sanchez distributing cash and implements), because (Roxas) was being endorsed by the national government.”

The DA official added that should Roxas win, he would continue the Aquino administration’s programs for farmers, among them, the construction of more farm-to-market roads, the organic fertilizer program and irrigation projects.

“These local DA officials could not openly oppose Sanchez’s presence, but they’re questioning it because they’re accountable to the (Commission on Audit) for the allocation (of funds distributed during the DA event,)” he said.

Laviña said the public should be reminded of the DA’s involvement in the pork barrel scam allegedly perpetrated led by Janet Lim-Napoles.

“The DA was also used as a conduit for the kickbacks of Napoles and of some lawmakers.  This should not happen again,” the Duterte spokesperson added. With a report by Nico Alconaba, Inquirer Mindanao