Alliances aside, politicians gather to mourn death of Cebu’s Ouano 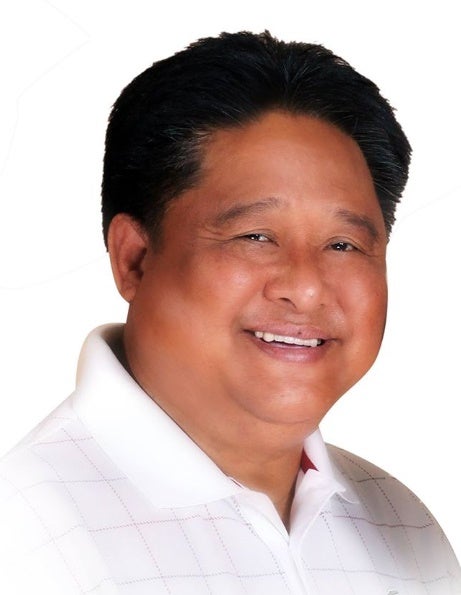 MANDAUE CITY, Cebu – Political boundaries blurred on Saturday as politicians and local officials from other parties came to bid their farewell to Board Member Thadeo Ouano who died of prostate cancer last week.
Senators Teofisto Guingona III and Alan Peter Cayetano, Cebu Representatives Luigi Quisumbing of 6th district and Gwendolyn Garcia of 3rd district, Mayor Jonas Cortes of Mandaue and gubernatorial candidate Winston Garcia were among the 5,000 people who attended the Requiem Mass at the National Shrine of St. Joseph in Mandaue City.
Guingona, who is seeking reelection, Cortes and Quisumbing belong to the Liberal Party.
Quisumbing is running for mayor of Mandaue against Ouano’s only daughter, Councilor Emmarie “Lollipop” Ouano-Dizon of One Cebu and United Nationalist Alliance (UNA).
Gwen and brother Winston belong to One Cebu and UNA.
Cayetano is running for vice president under the Partido ng Demokratikong Pilipino-Lakas ng Bayan.
In her eulogy after the Mass, Dizon, eldest of three siblings, said she felt abandoned with her father’s death.
She pointed out that her father had always been with them especially when their mother, Linda, a nurse had to go to the United States to work.
She added her father had always been her source of strength and a shoulder to lean on whenever they had problems.
But she said she had to move on and thanked the people who had attended since they were now her source of strength.
Linda, for her part, said Thadeo’s image may have been strong but he was a man with a good heart.
She capped her eulogy with a touching message to her husband:  “Ted, my love for you is beyond words, beyond distance and beyond life. Bye for now. Until we meet again in God’s time.”
Joy Ouano, former president of the Association of Barangay Councils in Mandaue who is past president of ABC Mandaue City, described her brother as a “very strict but very smart man.”
After the eulogy, members of the Armed Forces of the Philippines gave a 21-gun salute after Thadeo’s remains were brought out of the church and into the hearse.
The remains would be brought to St. Peter’s Memorial Chapel in New Imus, Cebu City for cremation. CDG