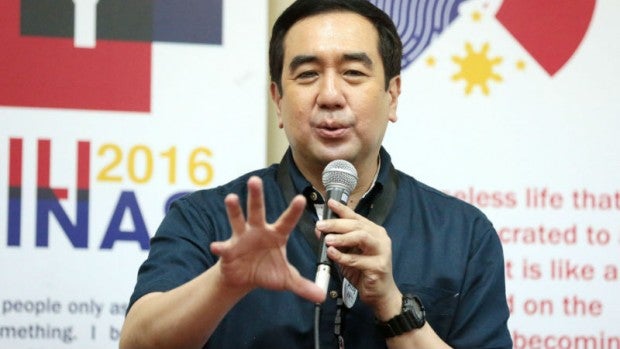 COMMISSION on Elections Chair Andres Bautista yesterday admitted the Comelec might not have the authority to stop the fight of Manny Pacquiao with Timothy Bradley in April amid petitions questioning how campaign rules would apply to the Filipino boxing champ, who is eyeing a Senate seat.

In a press briefing, Bautista said he personally believed that the Comelec, despite having omnibus election powers, could not stop the boxing match from taking place at the MGM Grand Garden in Las Vegas, Nevada on April 9.

“You have to distinguish the fight from the fact that it is being broadcast in the Philippines. Personally, I don’t think we can prohibit Pacquiao from boxing. That is his profession,” he said.

Bautista said, however, that what the Comelec may have control over would be the expected massive media coverage of the event.

“Maybe that is possible,” he said, when asked if the Comelec had the authority to block the fight broadcast. “As you all know, we have some form of control, regulatory supervision over entities… during an election period. But as to whether we can stop Pacquiao from fighting, that’s different.”

“It’s not the question of his boxing. The question is, is there a violation of the Fair Elections Act by the fact that he’s running for national office and that he gets this kind of TV exposure?,” Bautista said.

Bautista’s comments were in reaction to the letter by former Sen. Rene Saguisag to the Comelec asking the commission to advise Pacquiao to reset his fight.

In his one-page letter, Saguisag asked the Comelec not to allow Pacquiao take advantage of possible loopholes in the law.

“We cannot have this, him training and willy-nilly getting free publicity, in this scofflaw nation. Please advise him to reset the fight,” said Saguisag.