Sotto to NPC members: Abide by decision or leave party 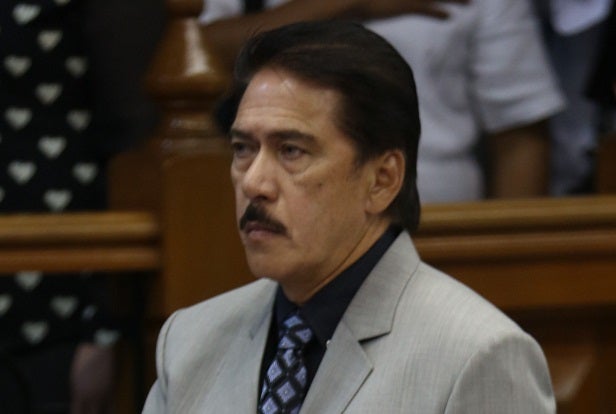 ANGELES CITY, Pampanga—Members of the Nationalist People’s Coalition (NPC) who were against its decision to support the presidential and vice presidential bids of Senators Grace Poe and Francis “Chiz” Escudero are free to leave the party, a senior official said on Tuesday.

Reelectionist Senator Vicente “Tito” Sotto III said the NPC has already made the decision and its members should toe the line.

Sotto pointed that close to 90 percent of the estimated 4,000 members of the party expressed their preference to support the Poe-Escudero tandem in the upcoming elections in May.

“As I said earlier, kahit 51 percent lang yung nag agree (even if only 51 percent agreed), that’s majority. So we follow the rule of the majority. The executive committee has already ruled, and according to the president, close to 90 percent agree ang partido (close to 90 percent of the party members agreed),” he said, referring to the NPC President and Deputy Speaker Giorgidi Aggabao.

(However, we are not yet thinking of the sanction right now. We haven’t talked about the sanction.)

The senator strongly denied some detractors’ claim that the NPC was not solid on its decision.