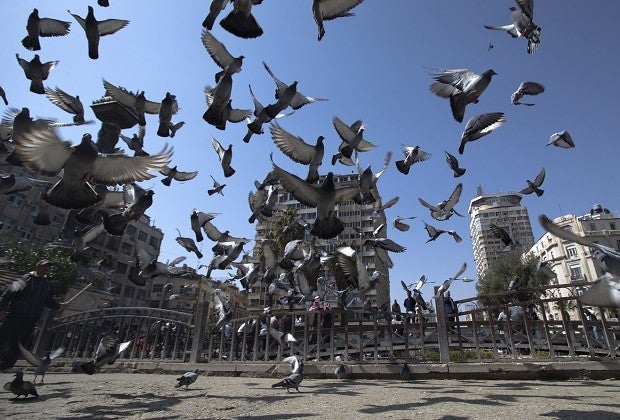 DAMASCUS, Syria — Fighting subsided across much of Syria Saturday as the first major ceasefire of the devastating five-year war appeared to broadly hold despite sporadic breaches in parts of the battle-scarred country.

The truce, brokered by Washington and Moscow, is seen as a crucial step towards ending a conflict that has claimed 270,000 lives and displaced more than half the population.

A special international task force co-chaired by the United States and Russia hailed the ceasefire.

READ: US, Russia-brokered cease-fire goes into effect across Syria | Assad vows to retake all of Syria, keep ‘fighting terrorism’

“The United Nations, the United States and Russia have made a positive assessment of the first hours of the cessation of hostilities,” a western diplomat said after a meeting of the International Syria Support Group (ISSG) in Geneva.

The UN reported “some incidents” in apparent violation of the truce, but “they have been defused”, he said.

“We really need to wait for Sunday and Monday in order to make a full assessment,” the source added.

Russian Foreign Minister Sergei Lavrov and US Secretary of State John Kerry “hailed” the ceasefire in a phone call and discussed ways of supporting it through cooperation between their militaries, Russia’s foreign ministry said.

The ceasefire faces formidable challenges including the exclusion of the Islamic State (ISIS) jihadist group and Al-Qaeda’s Syria affiliate Al-Nusra Front, which control large parts of the country.

“I think this is the first time we’ve woken up without the sound of shelling,” said Ammar al-Rai, a 22-year-old medical student in Damascus.

He said it was important that any incidents are “quickly brought under control” and a military response should be the “last resort”.

Russia, which has waged nearly five months of intense air strikes against rebels in support of Syrian President Bashar al-Assad, said it had halted bombing in all areas covered by the truce.

Moscow has vowed to keep striking ISIS, Al-Nusra and other “terrorist groups”, but said it would ground its warplanes in the Syria campaign on the first day of the truce to avoid potential “mistakes”.

“If it holds, it will create the conditions for full, sustained and unimpeded humanitarian access throughout Syria,” EU foreign policy chief Federica Mogherini said.

Among the limited ceasefire breaches, state media said “terrorist groups” fired a number of shells on Damascus but caused no casualties.

State media said one person was killed by sniper fire in the same district.

The city is now almost completely encircled by pro-regime troops after a massive Russian-backed offensive that has caused tens of thousands to flee.

On Saturday, however, children played in parks.

“I hope the truce continues even for a limited time so we can get back part of our old lives from before the war,” said Abu Nadim, a father of four.

Jihadists attacked the border town of Tal Abyad in Raqa province, sparking clashes that killed at least 70 ISIS members, 20 Kurdish militiamen and two civilians, the Observatory said, adding that the attack was repulsed.

US-led coalition warplanes launched at least 10 air strikes against the jihadists, it reported.

The complexities of a conflict which escalated from anti-government protests into a full-blown war drawing in rival world powers make brokering a lasting ceasefire a major challenge.

Assad has been bolstered by support from Russia and Iran while the West, Turkey and Gulf states back rebel groups.

“The pressure being placed by Russia and the US on regional actors is such that many of these regional actors can’t reject the political process entirely,” said Firas Abi Ali, an analyst for IHS Country Risk in London.

“This is putting them in a bind where they’re compelled to behave as if they’re part of the process regardless of what they actually want from it.”

In a particularly encouraging sign, a commander in the hardline Islamist faction Ahrar al-Sham said his group — allied with Al-Nusra — had not conducted any military operations since the truce started.

“But the ceasefire is stillborn, because it began with violations from the regime. It will be very difficult for the ceasefire to hold,” Hussam Salameh warned.