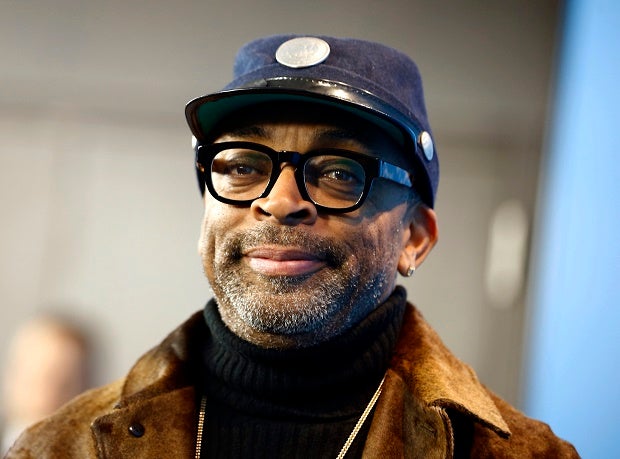 In this Feb. 16, 2016 file photo, director Spike Lee arrives for a photocall for the film “Chi-Raq,” at the 2016 Berlinale Film Festival in Berlin. Lee is endorsing Democratic presidential candidate Bernie Sanders in a South Carolina radio ad. Arguing, in Sanders’ words, that the “system is rigged,” Lee praises Sanders for not taking money from corporations in the ad. And in a reference to one of his early films, Lee says that once in the White House, Sanders will “do the right thing.” AP File Photo

WASHINGTON, United States—Spike Lee, the actor and director for decades who has made poignant feature films about African-Americans, endorsed Bernie Sanders for president Tuesday, urging voters to “wake up” to the candidate’s battle for financial equality.

“I know that you know the system is rigged,” Lee says in a new radio ad unveiled in south Carolina, where Sanders squares off with Democratic frontrunner Hillary Clinton in their primary Saturday.

“For too long we’ve given our votes to corporate puppets … Ninety-nine percent of Americans were hurt by the great recession of 2008, and many are still recovering. And that’s why I’m officially endorsing my brother Bernie Sanders,” he said.

“Bernie takes no money from corporations. Nada. Which means he is not on the take. And when Bernie gets in the White House, he will do the right thing,” the Oscar-nominated Lee said, in a reference to his 1989 movie “Do the Right Thing.”

Blacks are the majority of likely Democratic voters in South Carolina, where Clinton holds a commanding lead in polls.

Lee is among the most politically-oriented directors of his generation, with a string of films examining race relations, police brutality and the civil rights movement. His endorsement could resonate among blacks who consider him an important African-American voice.

Sanders and Clinton are battling it out for the state’s black vote. Clinton has earned the endorsement of House Democrat James Clyburn, the highest-ranking African-American in Congress, and actor Morgan Freeman, among others.