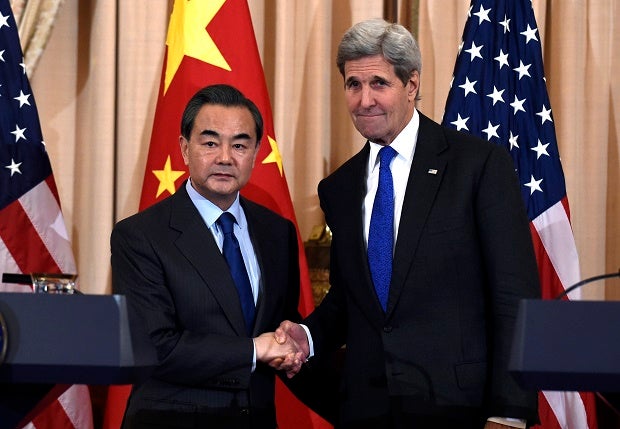 WASHINGTON, United States—The United States and China have made progress toward agreeing on a United Nations sanctions resolution to punish North Korea for its recent nuclear tests, the powers’ top diplomats said Tuesday.

After talks in Washington, China’s Foreign Minister Wang Yi and US Secretary of State John Kerry said the terms of the resolution were still being evaluated but that they hoped to agree on a draft in the coming days.

READ: Top diplomats meet at fraught time between US, China

“I would like to tell you important progress has been made in the consultations and we are looking at the possibility of reaching agreement on a draft resolution and passing it in the near future,” Wang said, while Kerry hailed “significant progress.”

Both men said the goal of the eventual sanctions is not to worsen the standoff with Kim Jong-un’s isolated North Korean regime, but to persuade him to resume talks on ending his nuclear program and rejoining the international community.

“We have made significant progress, it has been very constructive in the last days, and there is no question that if the resolution is approved, it will go beyond anything that we have previously passed,” Kerry said.

“I believe that what we are considering is significant but, as I say, it is in the appropriate evaluative stages and we both hope that this can move forward very soon.”

Wang said Washington and Beijing are in agreement that Pyongyang cannot be allowed to develop nuclear weapons and said China’s difficult neighbor should return to six-party international talks.

“We do not accept the DPRK’s nuclear missile program and we do not recognize the DPRK as a nuclear weapons state,” he said, using the abbreviation for North Korea’s official name.

Kerry said that if North Korea agrees to de-nuclearization “over a period of time,” then Washington would be ready to negotiate a formal peace deal to officially end the hostilities that began with the outbreak of the Korean War in 1950.