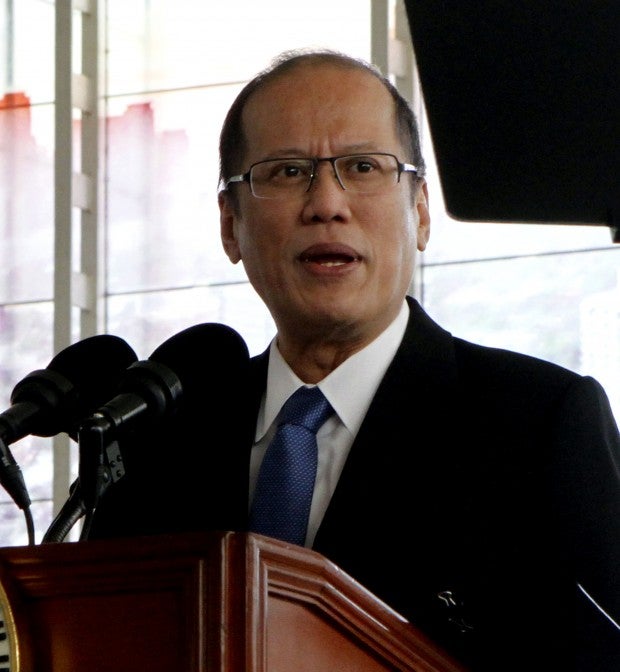 It was one homecoming that government workers particularly relished.

Hardly had President Benigno Aquino III warmed his seat back in Manila on Friday after attending the two-day Association of Southeast Asian Nations (Asean) summit in the United States when he signed the Salary Standardization Law (SSL) that would raise the salaries of some 1.5 million government employees.

The President signed Executive Order No. 201 after Congress failed to approve the proposed bill that would give government workers the wage hike that the Department of Budget and Management (DBM) had announced in November 2015.

Under the SSL of 2015, the country’s 1.3 million government employees, except for incumbent elected national officials, can expect four rounds of yearly salary increases starting Jan. 1, 2016.

The increase, which would cost the government a total of P226 billion, will raise the minimum salary for government employees under Salary Grade 1 from P9,000 to P11,068 monthly, Budget Secretary Florencio “Butch” Abad said.

The pay hike, however, does not cover Armed Forces of the Philippines personnel, as an increase in their base pay would have a negative impact on the AFP’s pension funds.  Instead, Abad said, these personnel will be given an increase in the hazard pay, provisional allowance and officers’ allowance on top of the 14th month pay that they receive.

The EO also excludes from the salary increase and benefits those whose “services are engaged through job orders, contracts of service, consultancy contracts, and service contracts with no employer-employee relationship.”

The increase was welcomed by several government workers, including a Senate employee who described it as “a parting gift” from the Chief Executive whose term of office ends in June.

Another source said the raise could encourage people to stay in government rather than transfer to the private sector, where the pay is generally higher.

On the average, government employees receive 55 percent of what those in the private sector are getting, Abad said, adding that the pay hike would help government “attract and retain competent and committed civil servants.”

A policeman assigned with the Aviation Security Group said the pay hike was a “big morale booster” and “incentive” for government employees “to strive to do more.”

While this was not his first salary increase in his 20 years’ service, the police officer said this was the biggest as far as he knew.  “The timing is just right. Our salary really needs to be increased, what with the rising cost of commodities,” he said.

While the increase was long overdue, a Taguig City Hall employee who also refused to be identified, said it was still a welcome development for government employees and he’d rather not give it any political color.

Not everyone was cheering on the executive order, however.

Vice President Jejomar Binay, who had previously described the President as “heartless” for refusing to increase the Social Security pension, again criticized the government for the timing of the pay raise.

The United Nationalist Alliance (UNA) standard-bearer let out a meaningful laugh when asked about the executive order signed barely three months before the May national elections.

At the same time, the Vice President twitted the government for its slow spending which, he said, hampers economic growth. “The government is there to spend for the benefits of its employees, to deliver quality services. That’s government’s job. It’s not the job of the government to save,” Binay told reporters on Friday.

In his speech before the Chinese-Filipino business community on Friday, the Vice President vowed to spend more. “I will be a President who will be spending money. Government is there to spend, not to save. There’s a budget, but it’s not being used,” Binay said, adding that if elected, he would focus on infrastructure spending and allocate five percent of gross domestic product for it.

The former Makati mayor is facing plunder complaints for allegedly pocketing public funds in the construction of what has been described as an overpriced parking building in the city.  Binay, who did not face Senate hearings on the issue, had repeatedly denied the allegations, saying these were part of efforts to derail his presidential bid.

Also unimpressed about the wage hike was a coalition of government workers’ unions, that issued a statement describing the pay hike scheme as “unjust,” “unequitable,” and “abolishes Magna Carta benefits,” and the EO as a bid by the Liberal Party to gain “pogi (brownie) points” in the coming elections.

“(These highly paid executives) will benefit more with their windfall of pay adjustments, while low-salaried workers will receive a pittance in exchange for benefits that will be taken away from them and a four-year wage freeze,” he added.

“…(G)overnment workers must persevere in the struggle to push for a national minimum wage of P16,000 monthly which will bring our pay closer to the family living wage,” Gaite said.

But government workers at Manila City Hall might not be entitled to the salary increase after all, no thanks to a circular memo issued by the DBM, city administrator Jojo Alcovendaz said on Friday.

While the executive order raising the salary of government employees was “a welcome development,” the DBM memo limits a local government’s budget for personnel services to only 45 percent of its earnings, he said.

“For example, if we generated an income of P100 million in 2015, we can only allocate P45 million [for salaries],” Alcovendaz said in a phone interview.

He added, however, that Manila City Hall’s budget for salaries currently stands at 47 percent of their total income. Despite that, the city administration decided to implement the fourth tranche of wage hikes in 2014.

“We had to bite the bullet since we were also being pressured to raise employees’ wages,” Alcovendaz explained. “Besides, we had the funds needed to do so,” he added.

The official noted that the Estrada administration was more compliant with DBM’s 45-percent rule compared to Lim’s, which had allocated 60 percent of its income then for personnel services.

“That’s because we were able to raise the city’s income now,” Alcovendaz said.

The last salary increase, Joint Resolution No. 4, was fully implemented in 2012 and mandated the review of compensation every three years.

“From then until 2015, the purchasing power… had been eroded due to inflation,” Abad said.

The approval of the SSL faced delay when the congressional bicameral conference panel reached a deadlock over the pension indexation of military and uniformed personnel retirees, which would require an increase in the pension of retired police and military officials, along with a hike in the basic pay of those in active service.

This would be untenable and would leave the government bankrupt, Abad said, adding that as early as 2007, the pension paid retirees have “surpassed the salaries of those who are in active service.”

The SSL also faced controversy when scientists and social and health workers expressed fears that it would scrap their Magna Carta benefits, which Malacañang denied.  TVJ