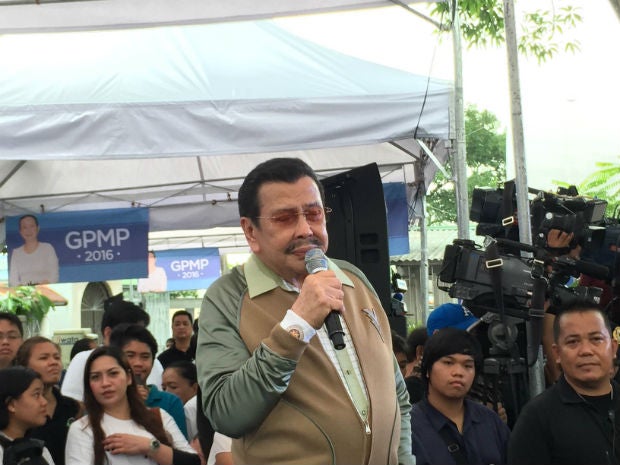 “Nabigla lang yun (He simply made off-the-cuff remarks). [Manny] is a devout Christian, and that’s his belief,” said Estrada in an interview after the oathtaking of registered nurses at the Pamantasan ng Lungsod ng Maynila where he was guest speaker.

“I think people should forgive him. He’s still our champion,” Estrada added.

Asked if he had any advice for Pacquiao on making such public statements, Estrada said: “I don’t want to give out unsolicited advice.”

Pacquiao on Tuesday drew flak from the members of the LGBT community, especially on social media, after he described in an interview homosexuals as “worse than animals” for having male-to-male and female-to-female sexual relations.

The video went viral online and received so much negative feedback that Pacquiao later apologized for his comments. However, he said he remained firm on his stand against same-sex marriage.

Sports brand Nike has dropped Pacquiao from its roster of endorsers because of his remarks.  SFM