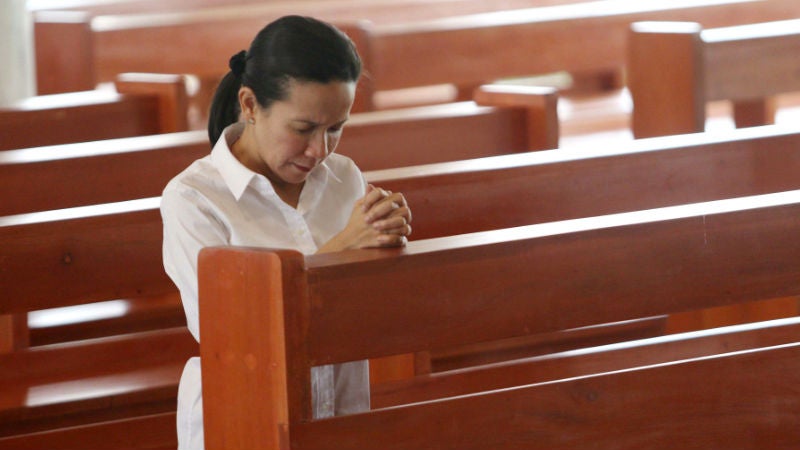 SOLICITOR General Florin Hilbay defended the rights of foundlings before the Supreme Court on Tuesday, asserting that Sen. Grace Poe was natural-born and, hence, qualified to run for public office.

Maintaining his stand as counsel defending the Senate Electoral Tribunal’s (SET) ruling in favor of Poe in a separate case, Hilbay also held that Poe, a presidential candidate, satisfied the 10-year residency requirement, saying she had reestablished domicile in the Philippines in 2005.

“Foundlings are natural-born citizens under all our Constitutions,” he said of the country’s 1935, 1973 and 1987 Charters.

Specifically, the 1935 Constitution, which applies to the case of Poe who was born in 1968, had all the intent to consider foundlings natural-born Filipinos, even without an explicit provision, Hilbay said.

Speaking as the “tribune of the people,” or in a case where the Solicitor General’s position is contrary from a government agency’s, Hilbay said framers of the 1935 Constitution saw “no more need to expressly declare foundlings Filipinos because they are already impliedly so recognized.”

“In other words, the constitutional silence is fully explained in terms of linguistic efficiency and the avoidance of redundancy. The policy is clear: It is to recognize foundlings, as a class, as Filipinos… under the 1935 Constitution,” Hilbay said.

“This inclusive policy is carried over into the 1973 and 1987 Constitution. It is appropriate to invoke a famous scholar as he was paraphrased by Chief Justice (Enrique) Fernando: ‘The Constitution is not silently silent, it is silently vocal,”’ said the Solicitor General.

Hilbay took his turn to address the Supreme Court on the fifth round of oral arguments on Poe’s challenge to her disqualification. He was invited to speak despite his earlier refusal to represent the Commission on Elections (Comelec) in the case.

The Solicitor General, the chief counsel for government agencies, holds a conflicting position from the Comelec, as he defends SET’s ruling that Poe is a natural-born Filipino. The separate case, which concerns Poe’s qualification for the 2013 senatorial race, is pending in the high court upon Rizalino David’s petition.

The Comelec, through its two divisions and later, the entire commission, had disqualified Poe from the presidential race in December last year, ruling that she had committed material misrepresentation in her certificate of candidacy, as she declared she had the citizenship and residency requirements to run for the nation’s highest post.

The poll body’s prompted Poe to go to high court, which issued two temporary restraining orders on the Comelec decisions. The case remains pending even as the Comelec began printing ballots for the May elections.

In defending the status of Filipino foundlings, Hilbay urged the court not to commit the error of interpreting the Constitution “without reference to history, structure and social context.”

“To deny foundlings the most fundamental of their political rights because their class is not expressly mentioned in the Constitution is a simplistic and lackadaisical way to interpret the Constitution,” he said.

Hilbay was questioned by Associate Justice Teresita Leonardo-de Castro, who cited the absence of an explicit constitutional provision on foundlings.

“Is it justified for us to impose on our people an interpretation which will supplement the text of the Constitution when there is nothing at all (about foundlings)?” De Castro said in an elevated tone. She said Hilbay was in effect asking the high court “to amend the Constitution.”

To which Hilbay replied: “Not at all. Constitutional interpretation is the goal of every judge. The case is absolutely clear in favor of foundlings.”

De Castro earlier made her position clear that Poe should not be regarded a natural-born citizen.

Hilbay cited statistics showing that nearly all children born in the Philippines were of Filipino parents.

Between 1965 and 1975, the decade within which Poe was born, Hilbay said 661 Filipino children were born for every child born of foreign parents. He noted that a total of 15,986 foreigners were born in the country during the period compared with 10.558 million natural-born Filipinos.

“This means that the statistical probability that any child born in the Philippines in that decade would be a natural-born Filipino is 99.83 percent,” Hilbay said in his opening statement.

The figure was even higher from 2010 to 2014, according to the Philippine Statistics Authority, said Hilbay, when the ratio of non-Filipino children to natural-born Filipino children was 1:1,357. This means that 99.93 percent of births over those five years were of Filipino parents.

Under Associate Justice Lucas Bersamin’s questioning later, Hilbay said these statistics on foundlings would indicate that Poe is a natural-born Filipino.

Hilbay also supported Poe’s position that she had reestablished her domicile in the Philippines in 2005, thus meeting the 10-year residency requirement.

Poe, a foundling left by unknown parents at a church in Jaro, Iloilo City, in 1968, was raised by the late actor and 2004 presidential candidate Fernando Poe Jr. and wife Susan Roces, an actress.

Poe became an American in 2001, reacquired her Filipino citizenship in 2006 months after returning to the Philippines, and renounced her American allegiance in 2010.

Hilbay said that when Poe returned to the Philippines for good after Fernando Poe’s death in December 2004, she had every intent to reestablish domicile here. For one, she had “uprooted” her children from their US schools and enrolled them in Manila, lived with her mother for a while then built a new house.

“Based on these facts, the claim that she has been a resident of the Philippines for at least 10 years is a valid claim,” Hilbay said.

Chief Justice Maria Lourdes Sereno also zeroed in on the residency issue in her interpellation of Comelec Commissioner Arthur Lim.

The Comelec has maintained that the reckoning year of Poe’s residency is 2006, as she had declared in her 2012 certificate of candidacy for the 2013 senatorial race that she would have been a resident of the Philippines “for six years and six months” by Election Day in 2013.

By this reckoning, Poe would have only been a Philippine resident for nine years and six months by May 9, Election Day.

Sereno pointed out to Lim that Poe had brought back her children, put them in Philippine schools, built a house and even informed the US postal service of their abandonment of their US address, and still: “You doubt her resolve, even after 11 years she’s still here?”

Sereno ordered the parties to file by Monday their memoranda wrapping up their arguments, after which the consolidated cases are deemed submitted for resolution.