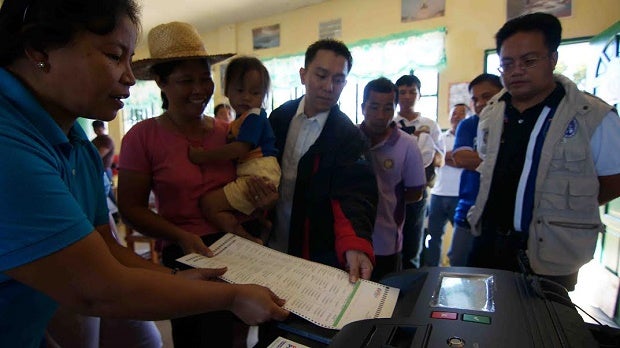 Voters of Barangay (village) Linmansangan, a remote village in Alaminos City, participate in the mock elections the Commission on Elections conducted in 20 selected sites in the country on Sarurday. BUDANG NISPEROS/INQUIRER NORTHERN LUZON

The Commission on Elections (Comelec) on Saturday conducted mock elections in 40 barangays (villages) throughout the country, less than three months before the upcoming national polls in May.

Comelec chair Andres Bautista said the mock elections were generally “smooth,” however, he noted that the voter turnout was lower than expected.

“By large, it was smooth, but at the same time, you could see that we did not have as many voters as we expect. But this is understandable because this is just a dry run,” Bautista said over ABS-CBN News Channel.

“The purpose of these mock polls really is to try to stimulate as early as possible what will happen in the actual elections,” he added.

To avoid trending on social media if actual names of the candidates were listed, names of international singers were used instead as dummy contenders vying for top national posts in the ballot.