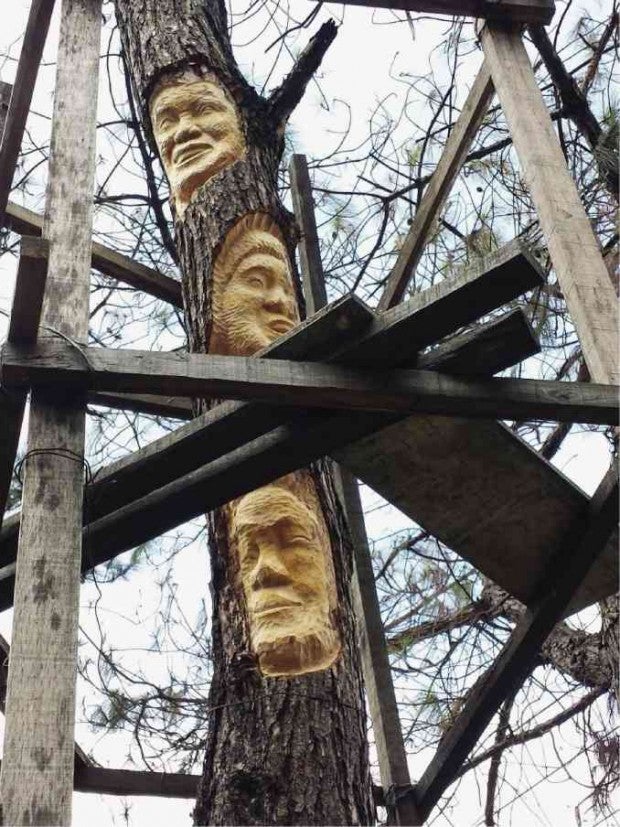 Baguio artist Wigan carved the faces of three Baguio women who fought to save the city’s trees and landscape on a dead tree trunk outside the Baguio Museum. EV ESPIRITU/INQUIRER NORTHERN LUZON

BAGUIO CITY—The pine tree still standing in front of the Baguio Museum is dead, but its woody remains will serve as medium for an artist to immortalize three women who fought valiantly to preserve the city’s remaining forests and “small town culture.”

The women had been vocal critics of government projects that alter the city landscape, earning them the moniker “Three Witches,” which they gladly embraced.

Holding protest placards, they once picketed an intersection of Marcos Highway to oppose a plan to build a flyover there. They lost that fight when the government proceeded with the project.

Stories about their quixotic drive to stop Baguio’s “uglification” have not been told until today, years after their deaths.

San Agustin, a teacher and one of the country’s first chemical engineers, used to operate the city museum until her death in 2011.

Afable, an editor of the long-running Baguio Midland Courier, died in 2012.