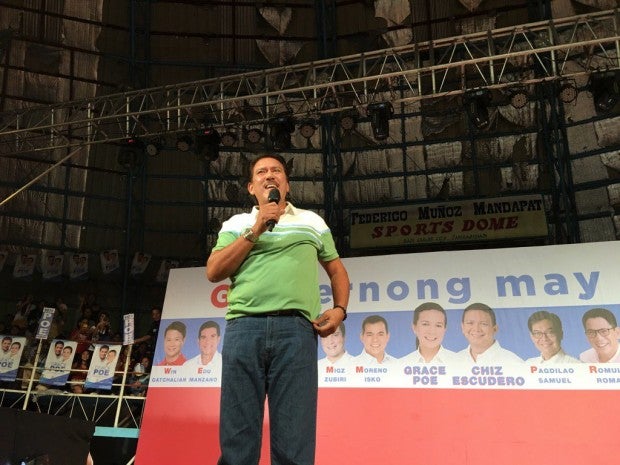 SAN CARLOS CITY, Pangasinan—Reelectionist Sen. Vicente “Tito” Sotto III received the loudest cheer from the crowd at a proclamation rally here on Friday when he promised to bring the noontime show “Eat Bulaga” to the province if the whole slate of Partido Galing at Puso of Senators Grace Poe and Francis “Chiz” Escudero wins in the May elections.

While he is part of the senatorial slate of the Poe-Escudero tandem, Sotto has openly expressed his support for the vice presidential bid of Sen. Gringo Honasan, running mate of Vice President Jejomar Binay.

Apart from Sotto, the other crowd favorites during the rally were actor Edu Manzano, Manila Vice Mayor Isko Moreno, who was also an actor before he entered politics, and Poe and Escudero. RC