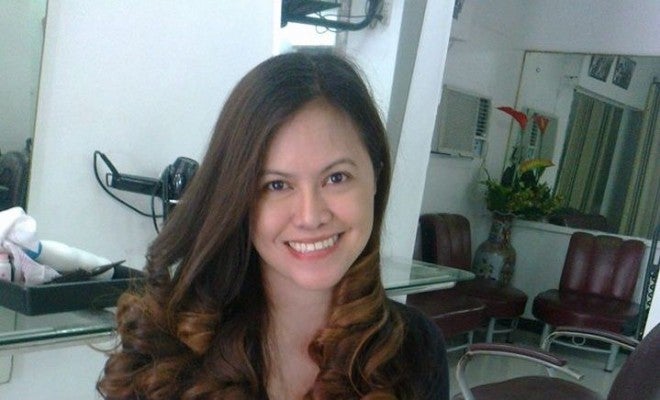 LOS BANOS, Laguna–The family of Melinda “Mei” Magsino, the slain former Batangas provincial correspondent of the INQUIRER, sees a ray of hope in the solution of her murder last year after the police identified one of two suspects following a statement from a witness last month.
Supt. Danilo Mendoza, Batangas City police chief, said police filed a murder complaint against Edgardo Paredes, a resident of Mabitac town in Laguna province, in the Batangas City prosecutor’s office on February 4.
Mendoza said Paredes was also a suspect in the killing of a village councilor in Bauan town in Batangas in 2013.
In a telephone interview on Thursday, Mendoza said Paredes’ role in the Magsino slay came up as a lone witness sought authorities in January.

READ: Ex-PDI reporter shot dead in Batangas
Police had shown the witness footage taken from a security camera and a photograph from the Bauan case file.

The witness, Mendoza said, confirmed that Paredes was the same man who shot and killed Magsino.
Magsino, 40, was gunned down on April 13 last year on a busy street just a few meters from her apartment in Batangas City. A security camera captured an image of the gunman, who was wearing a white sleeveless shirt, shooting Magsino at close range before fleeing on a motorcycle driven by another man.

In a text message, Magsino’s cousin, Christine, said they had no idea who Paredes was, but welcomed the development in the case.

“We thought her (Magsino’s) case had already been forgotten,” Christine said.

Mendoza said the police would place the witness, now under the custody of the city police, under the government’s witness protection program.
The Batangas City Regional Trial Court Branch 84, on January 15, issued an arrest warrant against Paredes for the murder of the Bauan village official, he said. Maricar Cinco and Marrah Erika Lesaba-Rabe