Why a woman in Roxas’ turf can’t vote freely 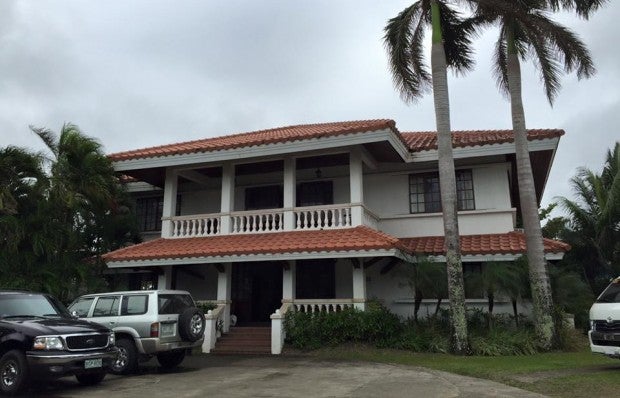 The ancestral house of the Roxas clan in Roxas City, Capiz. NOY MORCOSO

ROXAS CITY, Capiz – Passers-by cannot help but notice the beaming smile of the 50-year-old female vendor in front of the ancestral house of the family of Liberal Party standard-bearer Mar Roxas in Roxas City.

She was visibly uncomfortable under her umbrella as strong winds and rain battered Baybay Beach. But she appeared to be in high spirits.

When INQUIRER.net approached and asked her if she was rooting for her fellow Capizeño for presidency, her smile morphed into a frown.

The vendor, who refused to be named for fear of reprisal, said she cannot just vote for a candidate she supports.

Asked where the lot is, the lady said: “Diyan lang sa likod ng bahay nila Roxas. Diyan din sa Baybay,” pointing to the white ancestral home of the political family in front of her.

The woman said the lot where she lives is owned by the “rich” Tony Ortiz, a lawyer. There are 27 houses that are built on Ortiz’s lot.

INQUIRER.net learned that Ortiz had a falling out with Roxas after his son, Mark Ortiz, ran but lost as vice governor of Capiz in the 2010 general elections as running mate of controversial former Agriculture Undersecretary Jocelyn “Joc-joc” Bolante.

Roxas, on the other hand, supported the candidacy of Ortiz’s opponent Vice Governor Esteban Contreras of the Liberal Party.

Bolante, who also lost in his gubernatorial race, has been tagged as a key figure in the alleged funneling of P728 million in fertilizer funds to the campaign kitty of then President Gloria Macapagal Arroyo in the 2004 elections.

But if she had a choice, would she vote for Roxas? The woman just said, “mahirap na magsalita. Hindi na lang ako magsasalita.” She refused to elaborate.

Capiz City is busy preparing for the arrival of Roxas and President Benigno Aquino III on Tuesday as the Liberal Party’s “Daang Matuwid” Coalition kicks off its campaign for the general elections.

Inside the 6,000-seat Capiz Gymnasium, workers were busy putting up yellow panels on the stage. Faces of Roxas, his running mate Leni Robredo and the rest of the LP senatorial candidates on tarpaulins were seen everywhere in Roxas City.

After the main program on Tuesday morning, the motorcade of Roxas and Robredo and the senatorial bets to Iloilo, which is expected to take four hours, will follow.