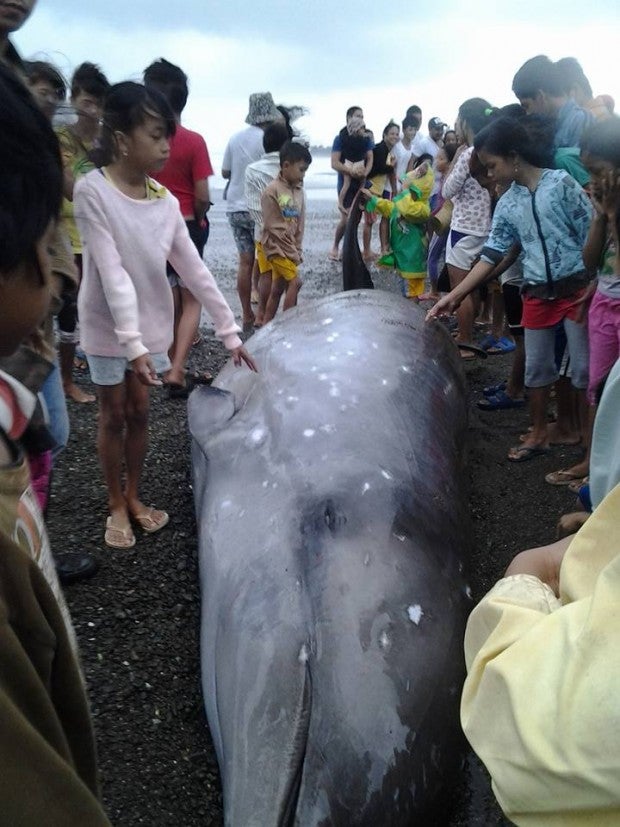 LUCENA CITY — A 500-kilogram dolphin was found dead along the coastline of General Nakar town in Quezon province on Sunday, local officials said on Monday.

General Nakar Mayor Leovigildo Rozul said the dolphin, whose species has yet to be determined, was found past 12 a.m. Sunday by residents in the coastal village of Catablingan facing the Pacific Ocean.

Rozul said a team sent to check the dolphin found several wounds on its body.

“The rescuers suspected that the wounds were caused by bullets,” Rozul told the INQUIRER by telephone.

Rozul said they were waiting for provincial fishery authorities to determine the cause of the dolphin’s death.

He suspected that illegal fishermen attacked the dolphin.

“But they were not from my town. Our local fishers and coastal residents are fully aware that killing endangered marine species is against the law,” he said.