Tolentino urges community-based approach to keep Zika out of PH 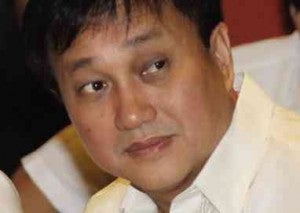 Recalling how he suffered from chikungunya while doing rescue and recovery work in Tacloban after Typhoon Yolanda, Independent senatorial candidate and disaster preparedness advocate Francis Tolentino called for an intensified and community-based campaign to help keep the Zika virus out of the country.

“Even as the national government and our health authorities are acting to insulate the country from the Zika virus, our local governments can activate barangay leaders, barangay health workers and other community volunteers to conduct their own clean-up drives in their respective areas, to get rid of possible mosquito breeding sites,” Tolentino said.

Tolentino, former president of the League of Cities of the Philippines, urged local government units (LGUs) to pass ordinances for the strict observance of cleanliness, in particular to mobilize community volunteers and barangay workers to conduct a house-to-house cleanliness campaign, improve garbage collection and get rid of stagnant waters in their respective areas.

He said that preventing the spread of Zika can be minimized, if not totally eliminated, by removing the breeding grounds of mosquitoes. Zika, like dengue and chikungunya, are transmitted by mosquitoe bites.

He recalled that he contracted chikungunya while doing rescue and recovery work in Tacloban right after Yolanda.

“I didn’t know I had chikungunya until after three (3) days. I thought it was just ordinary fever caused by fatigue because we were working continuously. It was only when I can barely move my lower extremities that I consulted a doctor,” Tolentino recalled.

Tolentino also asked the Department of Health to provide technical assistance and information materials, conduct training and orientation to all barangay health centers and rural health clinics in the country to prepare them to handle Zika cases.

Tolentino noted that while Zika hasn’t reached the Philippines yet, the World Health Organization (WHO), which declared the virus a global public health emergency, said we have to act as though it would and do everything to get rid of mosquito populations.

Zika is carried by Aedis mosquitoes — the same breed which carries dengue. The WHO likens Zika’s symptoms to dengue: fever, rashes, pink eye, and muscle and joint pains.

Currently, there is no vaccine or medication to stop Zika. The only way to avoid catching it is to avoid getting bitten by the Aedes mosquitoes that transmit the infection.

The Zika virus has spread rapidly in Latin America, and cases have been recently reported in Thailand and Australia. Asian governments including the Philippines have issued advisories in a bid to contain the mosquito-borne disease, which could be linked to birth defects and can cause temporary paralysis.

“Our communities can help keep out the Zika virus and complement the national government’s efforts by not allowing mosquitoes to breed on our surroundings. Let us make our surroundings clean and free of stagnant waters that are the favorite breeding sites of mosquitoes,” Tolentino urged.