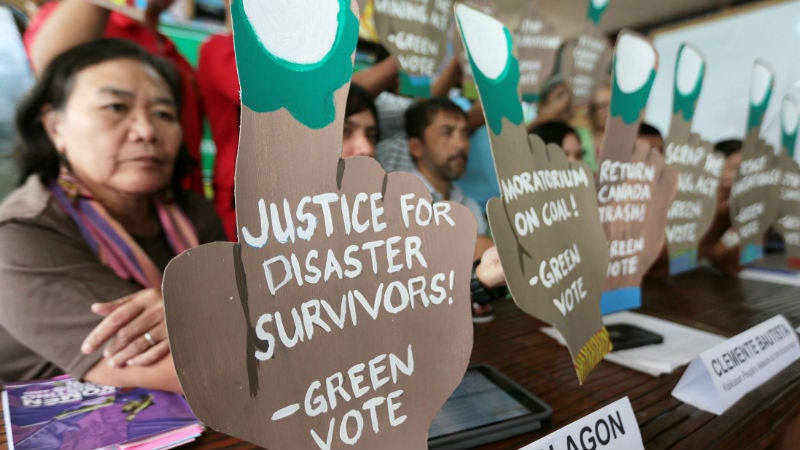 ENVIRONMENTAL advocates will look for “green candidates” among those seeking national posts in the May 9 elections.

In a news conference Tuesday, 14 environmental groups announced their campaign for a “Green Vote.”

Clemente Bautista, one of the conveners and national coordinator of Kalikasan People’s Network for the Environment, said they will present voters with a list of “eco-friendly” national candidates based on track record and platform.

“In the Green Vote campaign, we ask the voting public to join us as we examine which of the current crop of candidates have pro-people, pro-environment track records and platforms,” he said.

He said they will show which presidential, vice presidential and senatorial candidates have supported environmentally-destructive activities such as large-scale mining and logging and coal-fired power plants.

“We hope the voting public would consider these in the rundown to the elections,” Bautista said.

Aside from scrutinizing their track record, environmental groups will also report candidates whose campaign activities are harmful to the environment.

They said they will call out candidates who excessively use plastic campaign materials, nail posters on trees and receive campaign funds from polluting companies.