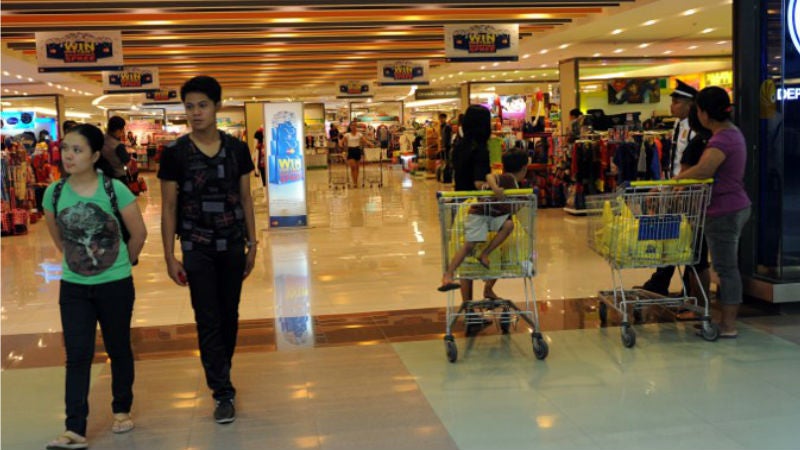 FILIPINOS were the most optimistic consumers in Southeast Asia and therefore the most willing spenders in the region toward the close of 2015, survey results from the Nielsen research firm indicated.

In the latest Nielsen online survey conducted from Nov. 2 to 25, 2015, consumers in India got the highest score of 131 in the Consumer Confidence Index. Filipino consumers had an index score of 117, unchanged from that in the third quarter of last year, with their optimism based on what they perceived were “good or excellent” job prospects in 2016.

The Nielsen Consumer Confidence Index measures perceptions of local job prospects, personal finances and immediate spending intentions among more than 30,000 respondents with Internet access in 61 countries. Consumer confidence levels above and below a baseline of 100 indicate degrees of optimism and pessimism, respectively.

“Filipino consumers have plenty of reasons to feel good: Unemployment levels were at its lowest in the last quarter of 2015, the economy continues to be one of the strongest in the region, the flow of remittances from overseas is steady, and the last quarter was when additional income from Christmas bonus and 13th month were paid out,” Nielsen Philippines managing director Stuart Jamieson said in a statement.

Among the “discretionary purchase” high on the priority list of Filipino consumers were spending on holidays/vacations (27 percent, up 1 percentage point), new technology products (25 percent, up 2 points), and out of home entertainment (14 percent, up 3 points).

According to the survey, 74 percent of Filipino consumers said job prospects were expected to be good or excellent over the next 12 months, compared to the global average of only 48 percent.

Seventy-nine percent of respondents perceived their state of personal finances to be good, while 46 percent believed last year to be a good time to buy things they wanted and needed.

But while consumers in the Philippines continued to give financial security top priority by channeling their spare cash to savings (65 percent, down 2 percentage points from the third quarter), they also indicated a willingness to spend.

In the latest online survey, consumer confidence increased in 26 out of 61 markets (43 percent of Nielsen-measured markets). India’s score of 131 was the highest, with no change from the third quarter, while that of South Korea was the lowest at 46, with a quarterly rise of 4 points.

Among the world’s largest economies, China scored 107, a rise of 1 point from the third quarter, followed by the United Kingdom (101), the United States (100), Germany (98), and Japan (79), all of which showed quarter-on-quarter confidence declines.

Across all Southeast Asian markets, the Consumer Confidence Index score for the fourth quarter of 2015 was high at 110.