Arrests linked to narcopolitics on the rise, says PDEA chief 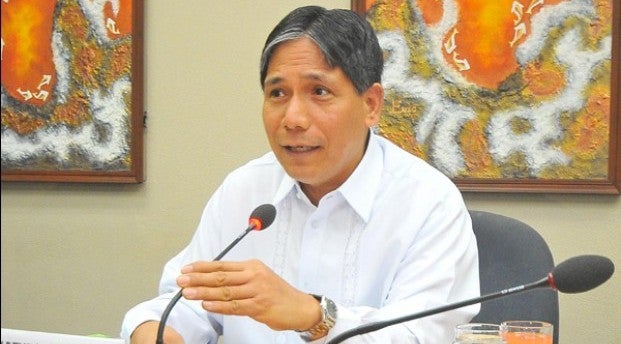 The head of the Philippine Drug Enforcement Agency (PDEA) confirmed on Tuesday the existence of “narcopolitics” in the country, citing the arrests last year of close to 200 government officials who were allegedly involved in illegal drug trade.

(We have an increased number of government officials arrested last year compared to the previous year. If I am not mistaken, it is around 191, while in the previous year it was over 180. This occurs because we consider them as high value targets.)

Cacdac said most of these government officials, who are either elected barangay captains or councilors, are drug pushers and many of them were even caught in buy-bust operations.

Government employees, law enforcement officers, they have to understand, they know that…If they are the ones involved, the PDEA will get them first, as well as the PNP and the NBI.)

So when asked about the existence of narcopolitics in the country, Cacdac said: “Yes, kasi nga may mga nahuhuli talaga tayo (because we have arrested perpetrators ) so I will not deny [it] because there are elected officials who violate Republic Act 9165. But again, I will have to limit my statement to those who were arrested.”

Cacdac made the remark, following Senator Grace Poe’s reported statement that some candidates in the May elections are raising campaign funds through illegal drug trade as other sources of funds have now become limited.

But in a separate interview after the hearing of the Senate committee on public order and illegal drugs on the alleged illegal drug trade in Iloilo, the senator clarified her statement.

“Ang sinasabi ko (What I am saying is), it is not an impossibility, especially now na wala tayong mga (that we don’t have) PDAF at kung ano-ano pang mga other sources of funding from the national government o ano, na especially during the time of elections, this can be happening,” she said.

PDAF is priority development assistance fund also known as “pork barrel” funds which was declared unconstitutional by the Supreme Court.

“And we’ve already heard that the statement of the local government from Iloilo, actually not the local government. But some witnesses were alleging that there is something going on also there. We need to be able to verify kung mayroong (if there is) narcopolitics. And it seems there’s some connections,” said Poe, who chairs the committee.

The senator then asked the authorities, particularly the Department of Justice, to continue the investigation on the proliferation of illegal drugs in the country especially the alleged possible involvement of barangay and local officials as well as members of the PNP.

(It is a serious and disturbing matter.) CDG