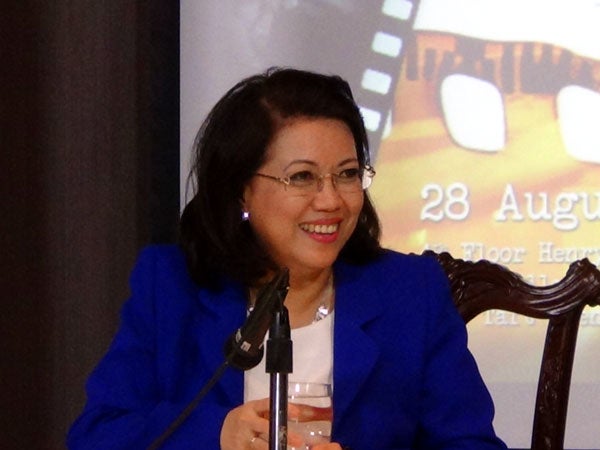 Republic Act 8552 or the Act Establishing Rules and Policies on Domestic Adoption of Filipino and for other purposes, particularly Section 5, states, “it shall be the duty of the Department or child-caring agency, which has custody of the child to locate the biological parents. If efforts fail, the child shall be considered a foundling.”

“Meaning foundlings are covered by rules on adoption of Filipino children, what do you see from that?” Sereno asked Atty. Alexander Poblador, counsel for Senator Grace Poe.

Then, Sereno cited Republic Act 8043 or the Act establishing rules to govern inter-country adoption of Filipino children and for other purposes, which she related to Article 15 of the Civil Code that states “laws relating to family rights and duties, or to the status, condition and legal capacity of persons are binding upon citizens of the Philippines, even though living abroad.”

“It means foundlings fall within the coverage of the inter-country adoption act of Filipino children,” Sereno said.

She asked Poblador of the possible implications if the law and the rules will be disregarded.

“No one will adopt foundlings on the possibility that the adoption decree will be challenged due to lack of jurisdiction,” Poblador said.

“There will be legal problems. If you are one looking to adopt a child with a known parent or a foundling, who would you prefer to adopt,” Sereno asked, to which Poblador responded that he would prefer a child with known parents.

“If we rule against foundling rights, will there be a disincentive with respect to parents or persons who found foundlings to still register them as foundlings,” Sereno asked.

Poblador said to prevent foundlings from being discriminated, there would be more simulation of births, falsification of documents proving parentage.

Sereno said “the policy is to resolve in the best interest of children because their concern is paramount to the State.”

Poe, a founding was reportedly abandoned and rescued outside a church in Jaro, Iloilo. She was eventually adopted by celebrity couple Fernando Poe Jr. and Susan Roces.

Poe, who is running for President, is being questioned about her citizenship.

Those pushing for her disqualification said she cannot be considered a natural-born Filipino citizen because her parentage is not known.

The Commission on Elections (Comelec) has cancelled her certificate of candidacy but she took the case to the Supreme Court.

On who should prove whether Poe is natural-born or not, Sereno made mention of the “impossible condition.”

“So, assuming there is a burden to prove qualification and the burden equates to who your parents are, if the candidate herself does not even know who her parents are or cannot prove it, what is the implication on the rule on impossible condition,” Sereno said.

Poblador replied that “the burden is reversed and should now shift to the petitioners [pushing for Poe’s disqualification.” TVJ