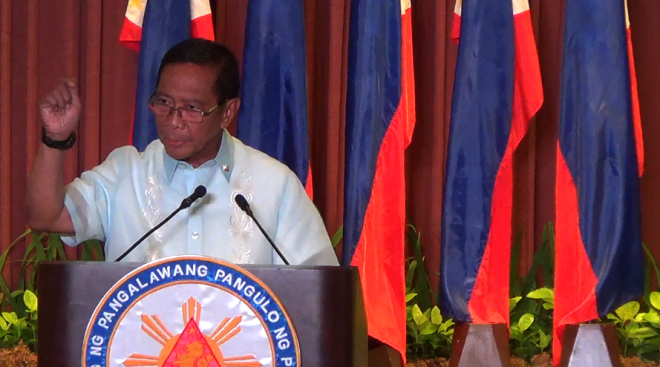 From measly P2 million in 1988, Vice President Jejomar Binay’s net worth allegedly jumped to P60.25 million in 2014 or a 2,300 percent increase, his accuser told a Senate hearing on Tuesday.

Using visual presentation, lawyer Renato Bondal showed the Senate blue ribbon subcommittee copies of Binay’s statement of assets, liabilities and net worth (SALN) to compare his net worth since the latter became mayor in 1986 and his last declaration in 2014.

(These are the copies of VP Jojo Binay’s SALN on file from the Secretariat. If you can see, he started filing his SALN in 1988, which states that he was earning P2 million as mayor of Makati in 1986 after the Edsa revolt.)

BACKSTORY: In the Know: Binay SALN

(There is no job in the Philippines that provides that much increase after that period of time.)

READ: Where did Binay wealth come from?

Given Binay’s latest SALN, Bondal said it was also surprising that the Vice President reportedly spent some P700 million for his political advertisements.

Binay’s ally, Senate Minority Leader Juan Ponce Enrile, asked Bondal if the SALN was based on cost or per market value.

(Those figures are based on his SALN.)

“Pero di mo masasabi kung ‘yun ‘yung at cost or per market value (But can you say if that’s the cost or the market value)?” Enrile asked again to which Bondal said, “Ay hindi po (No).”

Enrile then asked if Binay’s accuser had checked the exchange rate in 1988 and compared it with the current rate.

(You know, our money is depreciating. Just what is the value of P2M before now? That is what I am explaining to you. Those figures are quite misleading.)

(Thank you, but those figures are from him.)

Senator Antonio Trillanes IV, who initiated the Senate probe against Binay, said he agreed with Enrile’s interjection but pointed out that Bondal was just using a “straight forward computation.”

“So I believe it would also be fair to include the fact that there’s inflation and there are adjustments accordingly,” Trillanes said. IDL