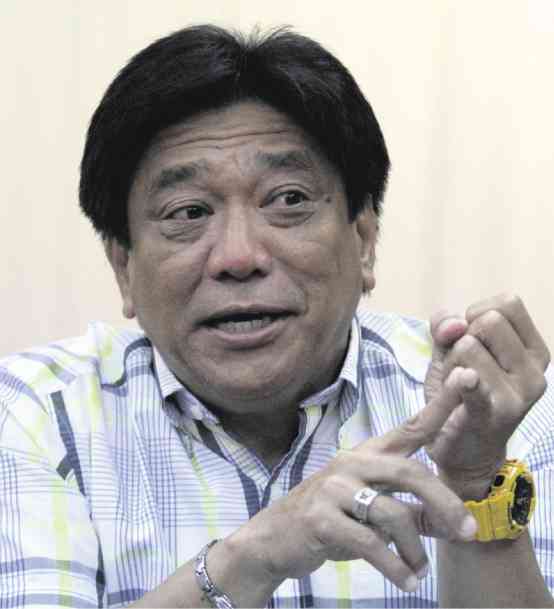 PALAYAN CITY—Agriculture Secretary Proceso Alcala on Friday cautioned farmers about their demand for free irrigation, saying it may do more harm than good if the government does not have the money to keep irrigation dams running.

“I am not opposed to the idea of free irrigation,” Alcala said during a gathering of village leaders in Nueva Ecija province here, less than a week after farmers from provinces in Central Luzon marched on Jan. 21 to the National Irrigation Administration (NIA) office in Manila, demanding that the irrigation service fees (ISF) it imposes should be dissolved.

The ISF is collected to partly cover the operational and maintenance upkeep of state-run irrigation facilities, Alcala said.

“In certain areas struck by typhoons where farming was deferred or where harvests did not exceed 40 percent of the targeted production, irrigation services are given free. NIA has no reason to charge farmers suffering from these conditions,” he said.

Irrigation services should be free, in light of the farm damages caused by drought in 2015, the protesting farmers said.

“Given the strategic importance of irrigation in pursuing sustained agricultural development, rice self-sufficiency, food security and the uplift of Filipino farmers’ welfare, it is the obligation of the government to provide free irrigation services,” according to a statement issued by the Kilusang Magbubukid ng Pilipinas.

Presidential candidates like Vice President Jejomar Binay and Davao City Mayor Rodrigo Duterte have joined the chorus, saying irrigation should be subsidized by the government.

But Alcala said that “even before candidates making that promise win the elections, there should be a roadmap detailing how irrigation systems would be maintained without tariffs.”

“If the candidate says irrigation is free upon winning the election, then he should be very careful about proceeding without proper study,” he said.

“It would be more manageable if we reduce the ISF by 25 percent on the first year, and charge 50 percent for the second year, so we can study what removing tariffs would do to the system,” Alcala said. Armand Galang, Inquirer Central Luzon