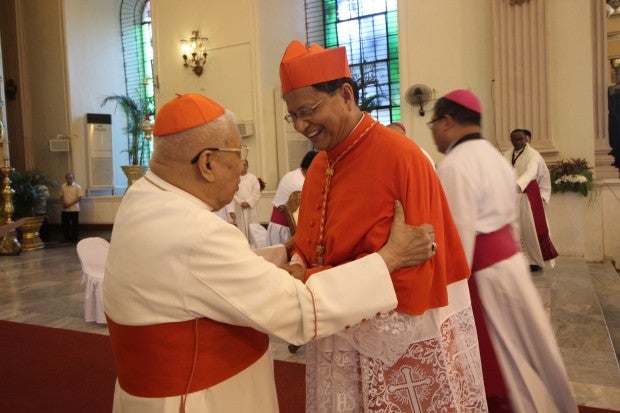 CEBU CITY – “A silent genocide” and “the biggest terrorism in the world.”

The Pope’s envoy at the 51st International Eucharistic Congress (IEC) made that analogy to describe starvation, poverty and injustice in the world.

In a powerful homily on Sunday, Cardinal Bo urged Catholics to declare a “third world war” against poverty and break the “chains of injustice.”

“In a world that continues to have millions of poor, the Eucharist is a major challenge to humanity,” he said.

“What is the greatest mortal sin? Seeing a child dying of starvation,” the cardinal added.

In a press conference on Monday, Bishop Mylo Hubert Vergara said the papal legate’s homily was a challenge to the Catholic faithful to make fighting poverty and injustice “a priority.”

“To make it as urgent, to become a priority in us,” Vergara told reporters.

He said social justice is a responsibility of everyone.

“We want to make social justice realized, to live it out. And it is a responsibility for all of us.” he said.

Vergara said Cardinal Bo’s statement was an urgent call “just to make us realized that we really have to fight for poverty, graft and corruption.”

Cardinal Bo is in Cebu City for the 206 IEC. He was sent by Pope Francis as the papal legate in this year’s global fellowship of the Catholic faithful.