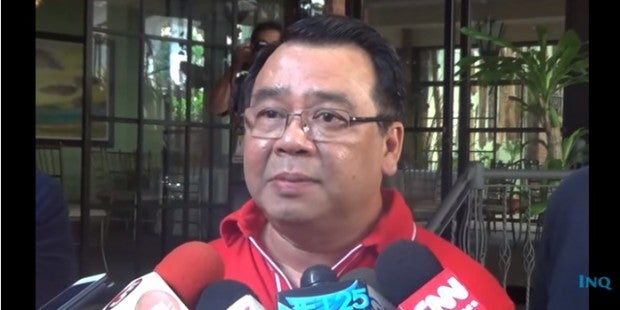 Even before Bayan Muna Rep. Neri Colmenares has filed a resolution to override President Aquino’s veto of a P2,000 pension increase for Social Security System (SSS) pensioners, Speaker Feliciano Belmonte Jr. is doubtful the move would generate the necessary two-thirds vote (194 votes) to reinstate the hike in the retirees’ perk.

“It’s difficult to get a quorum (one half of House members, plus one). What more getting two-thirds of the entire House members (290),” Belmonte told reporters.

The Liberal Party (LP), with estimated 120 members, has declared it will not take a stand on the plan of some legislators to override the President’s veto.

Iloilo Rep. Jerry Treñas, leader of the LP Visayas bloc, said the administration party had agreed not to take a stand to override the President’s veto.

“I don’t think any of the members will do so. I am still hopeful a compromise can be found as declared by the speaker,” Treñas said.

Belmonte, the LP vice chair,  said: “As far as I am concerned, our members should decide on their own.”

The Nacionalista Party and National Unity Party have yet to announce their party stands.

Colmenares said that with 211 members voting to approve the pension hike bill  when it was passed last year, he was confident majority of them would reaffirm their vote to implement the increase.