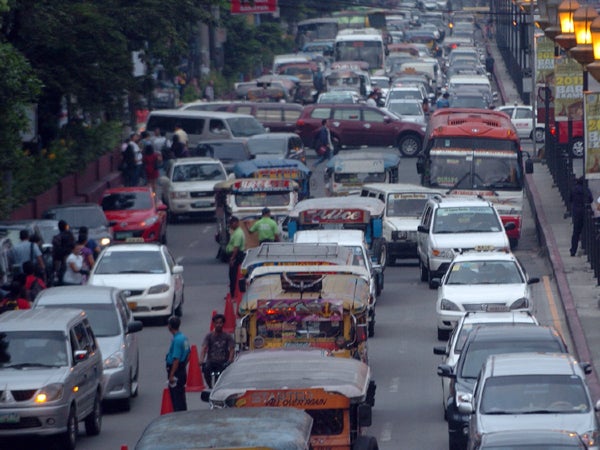 The minimum jeepney fare goes down to P7 from P7.50 starting tomorrow (Friday), the Land Transportation Franchising and Regulatory Board (LTFRB) said Wednesday, as four public transport groups filed a petition for a voluntary fare rollback.

“It is reasonable to provisionally reduce the minimum fare for the first 4 kilometers of jeepney service from P7.50 to P7. However, for the succeeding kilometer, the same shall remain at P1.50,” the transport groups said in their common petition.

LTFRB Chair Winston Ginez said the transport board decided to approve the petition without a hearing because it was part of a pending case for permanent fare reduction.

As of Wednesday afternoon, the board was preparing an order for the provisional fare rollback, which would take effect tomorrow, Ginez said.

The petition earlier filed by Negros Oriental Rep. Manuel Iway to make the P7.50 provisional fare permanent and reduce the rate for succeeding kilometers from P1.50 to P1.25 will be heard on Feb. 10.

They said the LRT and the MRT should also cut their fares for the benefit of train riders.

Expected to worsen the glut is the return of Iran to the market, after the lifting of Western sanctions last week as Tehran completed its compliance with a denuclearization deal with six world powers.

Domestic fuel prices dipped further on Tuesday, with Pilipinas Shell and Petron Corp. slashing their gasoline prices by P1 per liter, kerosene by P1.25 per liter and diesel by P1.45 per liter.

Independent distributor Eastern Petroleum Corp. started the price cuts on Monday, reducing its diesel price by P1.50 per liter and gasoline price by P1.10 per liter.

Before the price rollbacks, diesel had been selling at an average of P20.50 a liter and gasoline at P38.10 a liter in Metro Manila.