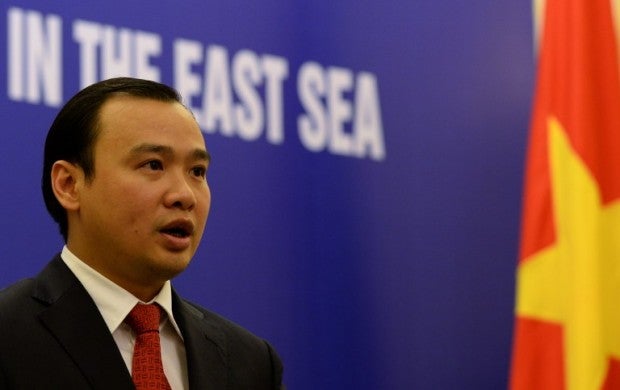 HANOI, Vietnam — Vietnam said China has moved an oil rig into disputed waters in the South China Sea in a move that could result in a repeat the 2014 stand-off between the communist neighbors.

Foreign Ministry spokesman Le Hai Binh said in a statement posted on the ministry’s website late Tuesday that Vietnam has raised concerns with China over the movement of Haiyang Shiyou oil rig, and has demanded that China stop any drilling and remove the oil rig from the area where the two countries’ continental shelves overlap that have not been demarcated.

“Vietnam demands that China not conduct any drilling activities and withdraw Hai Duong 981 oil rig from this area,” he said, using the Vietnamese name for the oil rig.

“Vietnam reserves all its legal rights and interests in the area in accordance with international law,” he said.

The oil rig was at the center of a stand-off between the countries in May 2014 when China parked the rig off Vietnam central coast. It was towed away more than two months later, but the incident sparked deadly anti-China riots in Vietnam and plunged bilateral relations to their lowest point in years.

The move of the oil rig into disputed waters also comes as more than 1,500 delegates fromVietnam’s ruling Communist Party gather in Hanoi on Wednesday for a once every five-year congress that will select the country’s new leaders and set development plans for the next five years.