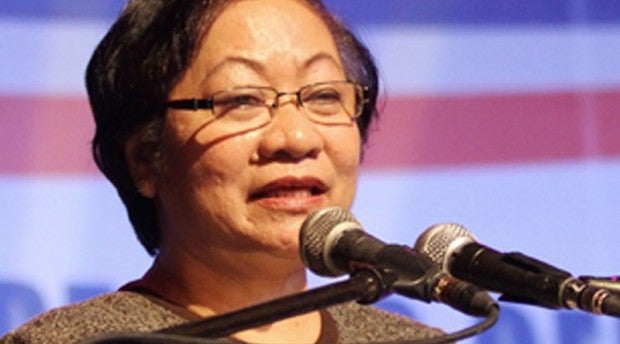 Baldoz, who sits in the SSS board of trustees as an ex-officio member, also appealed to the public to “view the President’s veto in the full lens of what the SSS has provided to private sector workers during the last five years.”

“Under the Aquino administration, the SSS has enhanced its benefits for workers both in social security and employees’ compensation,” she said.

“For employees’ compensation benefits, the President increased the employees compensation pension by 10 percent under Executive Order No. 16 in 2014,” Baldoz said.

“[Mr. Aquino] has also hiked funeral benefits to P20,000, compared to only P10,000 before 2010, and extended rehabilitation services to workers receiving temporary total disability or sickness benefits unlike before when only permanent and total disability beneficiaries can avail of such services,” she said.

For social security, the SSS “has granted a 5-percent across-the-board pension increase to about 1.9 million pensioners effective June 2014.”

“This led to an exceptional increase in benefit disbursements of P102.6 billion, which was 12.3 percent higher than in 2013,” she reported.

According to Baldoz, “the bulk of these disbursements was largely for retirement benefits at P56.1 billion, or 54.7 percent of the total, while nearly one-third, or P33.5 billion went to death benefits.”

“As of March 2015, the SSS had provided P27.26 billion in various benefits to 2.13 million members with the bulk of P15.02 billion going to retirement benefits,” she said.

Baldoz said that “for the first time, the SSS has provided social security protection to worker-beneficiaries of the International Labor Organization’s cash-for-work program, covering over 6,000 “emergency workers” as self-employed members, as well as job order and contractual workers in government agencies.

Meanwhile, the Department of Labor and Employment said it was supporting the proposal to grant an SSS pension increase of either a P500 one-time hike, or a P1,000 increase but released in tranches.

The agency supported the option during a recent meeting of the SSS commission, said Baldoz who earlier defended Malacañang’s veto, saying the claims and the rights of future pensioners also have to be protected.

Another defender of the presidential veto, Sen. Sergio Osmeña III, said the country’s credit rating could have suffered had the President approved the P2,000 SSS pension increase without a proper funding source.

If the increase had been approved, the SSS would have been left with no funds for other members in the future, he said.

“You can’t spend money that you don’t have. That’s financial suicide,” he said.

The Philippines’ ratings by credit rating agencies Moody’s and Standard & Poor’s would have suffered, Osmeña said.