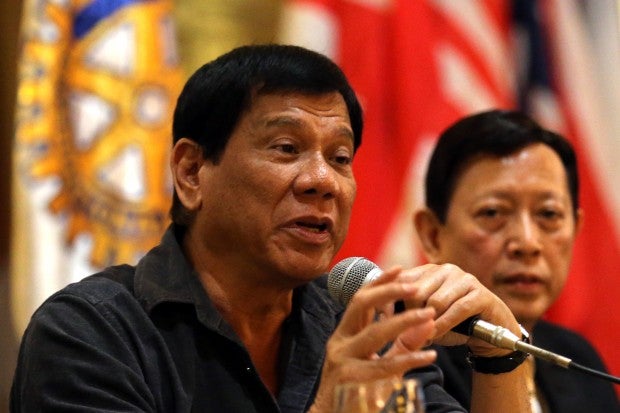 Duterte urged them instead to judge him not by “[his] cursing,” an appeal he made before.

Duterte spoke at the 19th anniversary of the Premiere Medical Center. CDG