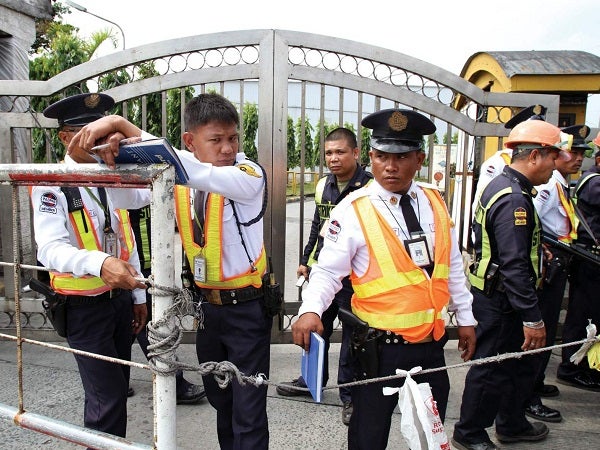 Businessman Michael Romero and his group are the legal and real owners of the Harbour Centre Port Terminal Inc. (HCPTI), which operates the port terminal in Tondo, Manila, ruled a Manila court.

Presiding Judge Silvino Pampilo Jr. of Manila RTC Branch 26, ruled that the younger Romero’s Harbour Centre Port Holdings Inc. (HCPHI) remains as the majority stockholder of HCPTI and its board of directors including Romero may still exercise authority of the port terminal.

Pampilo resolved the ownership issue of the port terminal as he dismissed the case filed by Alethea Arellano, who represented herself as HCPTI assistant manager and claimed that she was authorized by HCPTI to file a complaint against Romero and other officers of HCPHI to recover 15 vehicles.

In dismissing the complaint against Romero, the court said, “Based on the evidence presented consisting of the General Information Shetts of HCPTI for the years 2011, 2012 and 2013, the majority shareholdings in HCPTI is owned and controlled by Harbour Centre Port Holdings Inc. (HCPHI) or for a total of 689,294,652 common shares, representing 68.1121% of the company.”

The court noted that Arellano, employed by Reghis Romero, “did not even bother to refute (younger Romero and his group’s) allegations and arguments regarding the 68.11% ownership of HCPHI in HCPTI.”

In addition, the court said HCPHI’s majority ownership of HCPTI is further bolstered by certifications dated April 11, 2013 executed by Jerome Canlas, another employee of Reghis Romero, and the 2011 Audited Financial Statements of R-II Builders and R-II Holdings.

In the 2011 financial statement of Reghis Romero’s R-II Holdings, the court said, the independent auditor’s report stated that “in 2011, the corporation (R-II Holdings Inc.,) transfer 100% of its interest to HCPTI in favour of Harbour Centre Port Holdings Inc.”

Another auditor’s report for R-II Builders Inc. covering 2011 clearly states that “investments to HCPTI were disposed based on its present and fair market value,” the court noted.

Judge Pampilo ruled that “the Deeds of Assignment involving 68.11% shares very clearly vested ownership to HCPHI which controls majority of the outstanding capital stocks of HCPTI.”

“Undoubtedly, Plaintiff, as represented by Alethea S. Arellano, does not have the authority to represent HCPTI to file the present action.

Consequently, the instant Complaint produced no legal effect and is not deemed filed. Accordingly, the Complaint is hereby dismissed for the same reason,” the court ruled.

The court also overruled the writ of preliminary injunction issued by the Court of Appeals on March 19, 2015, saying it was specifically directed towards One Source Port Support Services Inc. and not Michael Romero.

In its decision, the court said the Urgent Ex Parte Motion to Withdraw Complaint dated march 25, 2015 filed by Michael Romero and his group “is hereby granted; the Complaint [filed by Arellano] is dismissed on the ground that it has not jurisdiction over the complaint and the complaining corporation, HCPTI; the Writ of Replevin is permanently cancelled; and the Motion to Expunge the Entry of Appearance filed by Paredes Garcia & Golez is denied.”