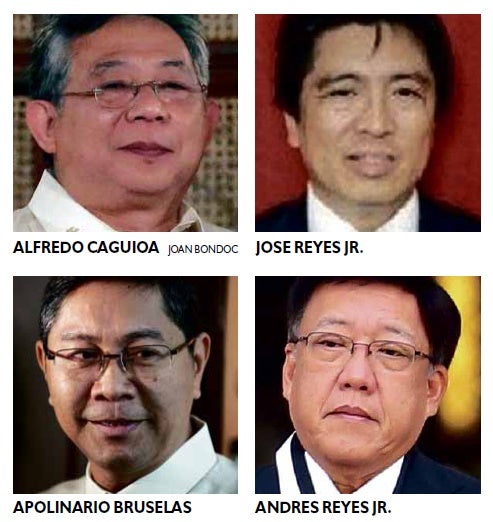 Te said the short list will be submitted to President Aquino.

Caguioa, Aquino’s classmate in college, said he did not expect to gain the unanimous vote of the council.

Asked if his closeness with the President would land him a seat in the Supreme Court, Caguioa said: “The President has his own mind. He doesn’t make choices or decisions based on relationship. I never knew him that way. And I wish people see other (good things in me) than being a classmate. That’s just not the only thing I bring to the table.”

Caguioa, Aquino’s chief legal counsel, was appointed to replace Justice Secretary Leila de Lima, who resigned in October to run for a Senate seat. He has yet to be confirmed by the Commission on Appointments. 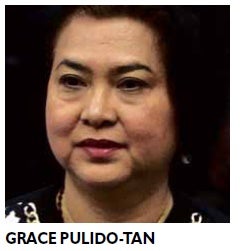 As chief of the Department of Justice, Caguioa represents the executive branch and is an ex-officio member of the JBC but he did not participate in the voting and screening. His place was temporarily taken over by deputy executive secretary for legal affairs Menardo Guevarra.

According to Article VIII, Section 4 of the Constitution, the vacancy in the high tribunal must be filled within 90 days after the vacancy.

On the other hand, under Article VII, Section 15, the President is barred from making appointments two months immediately before the next presidential election and up to the end of his term. This provision is also known as the prohibition against “midnight appointments” by the President.

In March 2010, however, the Supreme Court ruled that the prohibition does not cover appointments to the high tribunal. Then President Gloria Macapagal-Arroyo thus appointed then Justice Renato Corona as the new Chief Justice on May 12 or two days after the 2010 elections.

Villarama was supposed to retire on April 14 this year, his 70th birthday, the mandatory retirement for members of the court. Critics suggested that the Aquino administration had worked on Villarama’s early retirement to avoid the Arroyo situation with respect to Corona, which Aquino had denounced.

But in his letter to Sereno on Nov. 2, 2015, Villarama requested if he could avail himself of optional retirement, citing his “deteriorating health condition.” This, he added, was brought about by his double-knee metal implantation in 2013 and his cataract operation in 2014.

Villarama’s successor will be Aquino’s sixth appointee to the high court. His other appointees are Sereno and Justices Bienvenido Reyes, Estela Perlas-Bernabe, Marvic Leonen and Francis Jardeleza.

Caguioa has said he expected Aquino to be haled to court when his term expires, specifically in connection with the Disbursement Acceleration Program (DAP), parts of which the Supreme Court had declared unconstitutional. He has said he did not think Aquino was criminally liable for the DAP, an impounding mechanism for government savings.