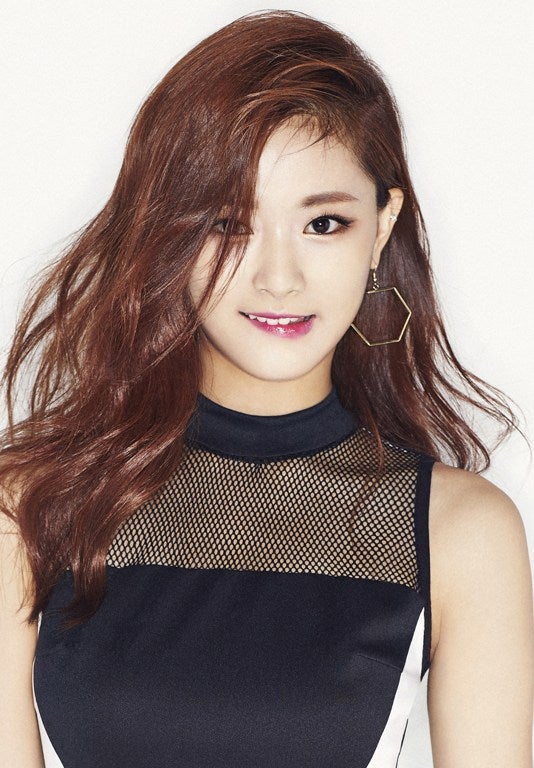 This undated picture released by Yonhap in Seoul on January 14, 2016 shows Taiwanese Chou Tzu-yu, a singer of the nine-member girl band TWICE. Some seemingly innocent flag-waving by a teenage Taiwanese K-pop singer based in South Korea has landed her in political and commercial trouble, and forced her agency to suspend her activities in China. AFP PHOTO/YONHAP

TAIPEI, Taiwan—A row over a teenage Taiwanese K-pop star forced to apologize for waving the island’s flag was rapidly turning into an international incident Saturday, stealing the spotlight from Taiwan’s presidential elections.

Leadership candidates running for office in Saturday’s pivotal vote demanded answers from China and South Korea after the video apology from a tired and somber Chou Tzu-yu, 16, went viral, with more than 2.6 million hits.

The controversy dominated news coverage in Taiwan on election day, with China ties a key issue for voters.

“There is only one China and the two sides are one,” Chou said in the apology, posted on YouTube by South Korean agency JYP Entertainment.

“As a Chinese person my improper words and behavior during my activities abroad hurt my company and the feelings of netizens across the strait,” Chou added.

“I have decided to stop my activities in China for now to seriously reflect on myself.”

Based in South Korea, Chou is a singer with all-girl band TWICE.

She waved Taiwan’s official flag on a recent online broadcast, angering Chinese netizens, with suggestions she was pushing a pro-Taiwan independence agenda.

Taiwan has ruled itself since a split with the Chinese mainland in 1949 after a civil war, but has never formally declared independence.

Beijing sees it as a renegade province awaiting reunification, by force if necessary.

Both Taiwan’s main leadership candidates defended Chou Saturday as they cast their votes.

“A citizen of the Republic of China (Taiwan’s official name) who shows her recognition for the country should not be suppressed and should not be forced to say the opposite of what she originally meant,” said presidential frontrunner Tsai Ing-wen of the Beijing-wary Democratic Progressive Party.

“Our hearts are with all friends who hold the flag and support the flag,” said Eric Chu of the ruling Kuomintang (KMT), set to be punished in the polls for its Beijing-friendly stance.

A statement from the office of current President Ma Ying-jeou of the KMT said he had asked officials to “clarify the roles of the Korean and Chinese sides in this incident and demand they seriously face it”.

Ma later said waving the flag was not a sign of being pro-independence.

“This incident is not right. We can’t accept it,” he told reporters.

“(We) hope the mainland can view this incident squarely and constrain this behaviour by its people, so that it won’t affect the development of cross-strait relations,” it said in a statement.

There was also anger online in Taiwan.

“A 16-year-old girl is bullied by China. I sure will go voting today,” said one post on Taiwan’s Apple Daily newspaper website.

One analyst said the drama could boost election turnout.

“Any boost to the turnout likely helps Tsai and the DPP, particularly since this has gone viral among young people,” said Clayton Dube of the University of Southern California’s US-China Institute.

Media reports said a Chinese TV channel had cancelled an upcoming show featuring TWICE and that Chou had also been pulled from endorsing Chinese smartphone vendor Huawei in the South Korean market.

Last year, US singer-songwriter Katy Perry caused a stir in both Taiwan and China when she appeared on stage draped in a Taiwanese flag at a concert in Taipei, while donning a glittering gold dress adorned with sunflowers — the symbol of anti-China student protests in Taiwan in 2014.