Robredo defends Aquino on pension hike veto: He did what must be done | Inquirer News
Close
menu
search

Robredo defends Aquino on pension hike veto: He did what must be done 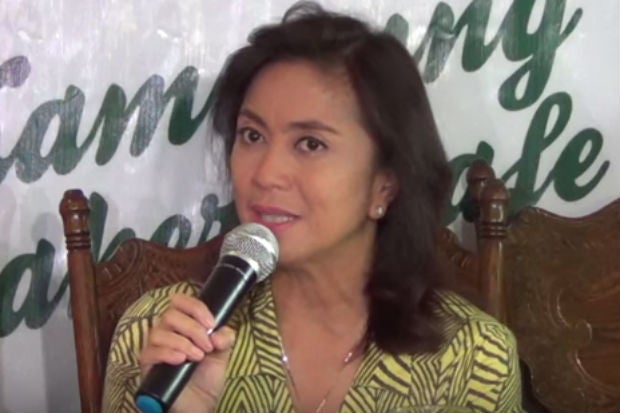 Although she admitted that she is in favor of the Social Security System (SSS) pension hike, Camarines Sur Rep. Ma. Leonor “Leni” Robredo on Friday defended President Benigno Aquino III after he vetoed the bill.

(Whatever the President’s reason may be, he did what must be done.)

Robredo, who is running as the vice president of Manuel “Mar” Roxas II under the Liberal Party, was reacting to the move of Aquino who vetoed the proposed bill providing for a P2,000 increase in the pension of SSS members.

Aquino said the stability of the 31 million SSS members would be “seriously compromised” in favor of two million pensioners and their dependents.

Robredo mentioned a previous statement of the SSS that it would go bankrupt if the pension hike was approved.

(If the leadership’s claim were true, it is the President’s obligation to protect us all from that.)

Robredo added that the president could have easily signed the bill into law to gain “pogi points,” however, he chose the unpopular move.

(The easiest thing to do for him is to approve it. If only he approved it, he would have been charming, the whole Liberal Party is charming as well.)

She admitted that the administration’s candidates would receive the backlash of Aquino’s decision.

(That’s why I believe—although I have yet to read the veto message—that there is a grave reason why he vetoed it.) RAM

Read Next
With his stocks recovering, VP Binay vows to ‘work harder’
EDITORS' PICK
SMDC’s Bloom Residences: A master planned community that cares for your health and wellness
COVID-19 cases in PH pass 3.2 million mark with 37,154 new cases — DOH
Over 3 Million worth of prizes to be won at Smart Padala’s SENDali Manalo Promo!
Upsilon, Unilever give ‘real talk’ on climate change crisis
What to expect as Metro Manila starts ‘no vaccination, no ride’ policy on Monday
Metro Manila’s daily COVID-19 growth rate drops to 2% — Octa Research
MOST READ
IATF protocols now apply to travelers who arrived on or before Jan. 13
‘Not my loss’: Did Kris Aquino just comment on her breakup with Mel Sarmiento?
Thailand records first Omicron death
Tito, Vic and Joey still not quitting, breaking trends as they celebrate 50th year in the biz
Don't miss out on the latest news and information.