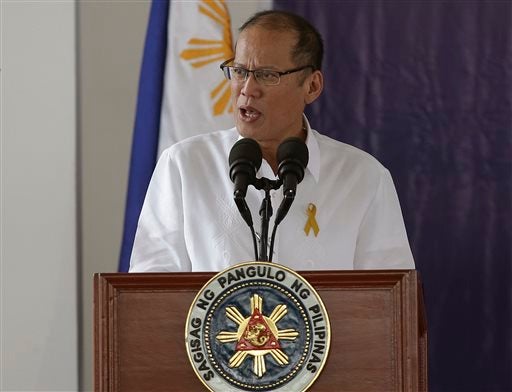 Bad news for the more than 2 million pensioners of the state-run Social Security System (SSS) and their dependents.

President Benigno Aquino III has vetoed the SSS pension bill that Congress approved last month, saying the viability of the SSS, which has 31 million members from the private sector, would be seriously compromised.

House Bill No. 5842, or the proposed Social Security Act, would provide a P2,000 across-the-board increase in the monthly pension of SSS pensioners. The Senate has approved a counterpart bill in the Senate.

The measure also calls for an adjustment of the minimum monthly pension from P1,200 to P3,200 for members who have contributed the equivalent of 10 credited years of service (CRS) and from P2,400 to P4,000 for those with at least 20 years of CRS.

In his veto message to Congress, the President warned that “the stability of the entire SSS benefit system, whose present membership comprises about 31 million individuals, will be seriously compromised in favor of over two million pensioners and their dependents.”

The President also said “the P2,000 across-the-board pension increase with a corresponding adjustment of the minimum monthly pension will result in substantial negative income for the SSS.”

“More specifically, the proposed increase of P2,000 per retiree, multiplied by the present number of more than two million pensioners, will result in a total payout of P56 billion annually. Compared against an annual investment income of P30 billion to P40 billion, such total payment for pensioners will yield a deficit of P16 billion to P26 billion annually,” said Presidential Communications Secretary Herminio Coloma Jr..

In view of this, Coloma said the SSS “will be constrained to draw from and use its Investment Reserve Fund (IRF) to support the pension increase and as a result, the IRF will diminish over the years, eventually reaching zero by the year 2029.”

Should the IRF dry up, the SSS will not be able to pay the benefits to its members and finance its operations. The IRF is expected to be depleted by 2029 if the P2,000 across-the-board monthly pension increase is granted.

In his Jan. 12 letters to the Senate and the House of Representatives, Mr. Aquino said he was returning the enrolled HB 5842 without his signature.

“While we recognize the objective of the bill to promote the well-being of the country’s private sector retirees, we cannot support the bill in its present form because of its dire financial consequences,” he told members of both chambers of Congress.

The President added that “in view of these considerations, I am constrained to veto (HB 5842).”

“President Aquino should make it a gift to the people in time for the anniversary of the 1986 (Edsa People Power Revolution),” he said.

Colmenares, also a senatorial candidate in the May elections, also asserted that the SSS pension increase was long overdue.

“The last SSS pension increase was in 1997,” he told reporters in Ozamiz City last week.

For his part, Senate President Franklin Drilon had called the passage of the bill an “early Christmas gift of the Senate to the SSS pensioners, who depend on these pensions for their daily expenses.”

In a text message to the Inquirer, Baldoz said that “while the objective of enhancing pensions is ideal, the system is also mandated to worry about its financial viability and future liabilities,” referring to pensions and other benefits of SSS members.

“We also need to protect the claims and rights of future pensioners,” she said.

She explained that “based on actuarial study, the estimated (SSS) fund life after implementing a P2,000 across-the-board increase in pension is up to 2029 only, which means the system will come to a halt by 2029 or 14 years from now.”

“Ideally, the fund life should be 70 years. This is the global standard,” she pointed out.

Baldoz said “the option is to grant a modest increase in pension, say P500 this year and work for a regular and predictable increase of similar magnitude, maybe P500 every year with investments, as well as income and contribution increases plus improved collection of contributions in between benefit increases.”

“Like (workers’) minimum wage, SSS pension increases should be regular, modest and predictable,” she said, adding “so increases in capacity and funds can also be planned alongside.” TVJ

A sad day for pensioners