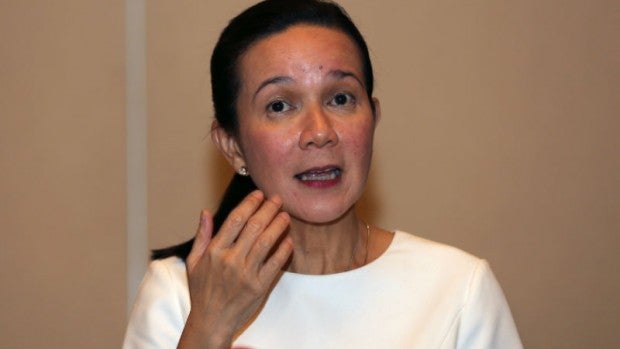 Senator Grace Poe’s camp defended on Thursday her new political advertisement from criticisms that comparing her disqualification case with that of her father’s, the late Fernando Poe Jr. (FPJ), may put the Supreme Court in a bad light.

“Networks adhere to strict ethical standards. All proposed advertisement goes through each networks’ ethics committee before it is aired,” Poe’s spokesman, Valenzuela Mayor Rex Gatchalian, said in a statement.

“We’re sure that the networks will not allow any ad to air if it is against ethical or legal standards,” Gatchalian added.

In Poe’s latest 30-second television advertisement, four neighbors were talking about her disqualification case. Then, when a male character mentioned that the senator’s case was like that of FPJ, a woman said: “Pero sa huli, pinayagan ng Korte Suprema na tumakbo.”

(But in the end, the Supreme court allowed (FPJ) to run.)

Meanwhile, litigation lawyer Raymond Fortun said the advertisement may put the Supreme Court in a bad light “if the outcome is different from what they want to portray.”

Poe, who is running for president in May, has pending disqualification cases at the Supreme Court over the issues of her citizenship and residency.

“To come up with an ad that ‘ganyan-ganyan din ang ginawa nila sa tatay nyang si FPJ’ (it is the same with what they did to her father FPJ) is a deception to the people. Further, the issue is pending before the Supreme Court. Her lawyers should know better than to allow the release of an ad that may put the High Court in a bad light if the outcome is different from what they want to portray,” Fortun said.

He also pointed out that the legal and factual issues against FPJ were different from those of the senator Poe, to which election law expert Atty. Romulo Macalintal agreed.

“Poe’s case is not similar to her father, FPJ because the parents of the latter were known and he was declared natural born unlike Senator Poe who is a foundling which is now the issue whether her parents were indeed Filipino citizens,” Macalintal said in a separate text message.

“Also Senator Poe has issue on her residency which was not present in FPJ case,” Macalintal added. RAM