What tourists must keep sacred in Sagada 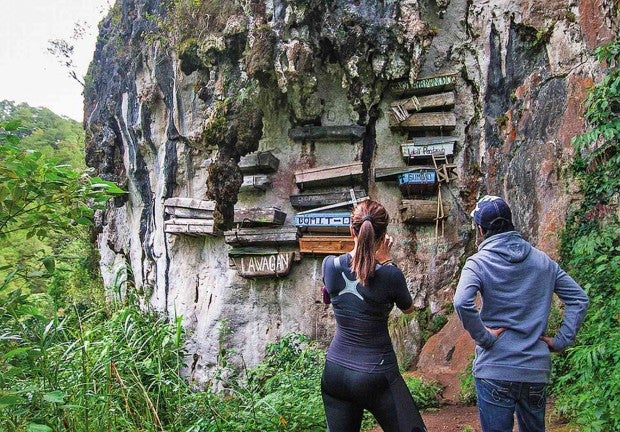 THE “HANGING COFFINS” in Sagada town in Mt. Province remain a must-see for visitors in this resort town in the Cordillera region. RICHARD BALONGLONG

When a newlywed woman’s photograph at the Lumiang burial grounds of Sagada town in Mt. Province became viral online in August last year, residents were forced to confront the dark side of tourism and its impact on their heritage.

In her bridal gown, the woman posed near the wooden caskets on the mountain walls, part of the popular “Hanging Coffins” of Sagada.

The post itself was scandalous only because it drew condemnation online. It incensed Cordillerans, forcing the bride and her photographer to apologize and compelling local officials to impose a “No Tour Guide, No Tour” policy on visitors.

The issue also prompted residents to reflect on the vandalism, the artifact thefts and damage to Sagada’s heritage sites committed by souvenir hunters. These are tales that have not drawn the same notoriety as the bridal photo.

For instance, many of the hanging coffins in caves popular to visitors bear the names of strangers—some printed in ink, others crudely etched by small blades.

In May 2015, authorities reported the theft of a burial jar at the Balangagan Cave after it was introduced as a tourist spot, said Robert Pangod, municipal tourism officer. Only two jars remain there and officials are concerned about their security, he said.

In other sections of the cave system, residents reported the loss of bones from the hanging coffins. Some visitors have also spirited away wooden planks from the caskets, probably as ghoulish souvenirs.

Pangod said the community did not want to whittle anymore goodwill it still has for strangers who pass their way each year.

But the community wants to draw the line as to what tourists must keep sacred in Sagada, Pangod said. 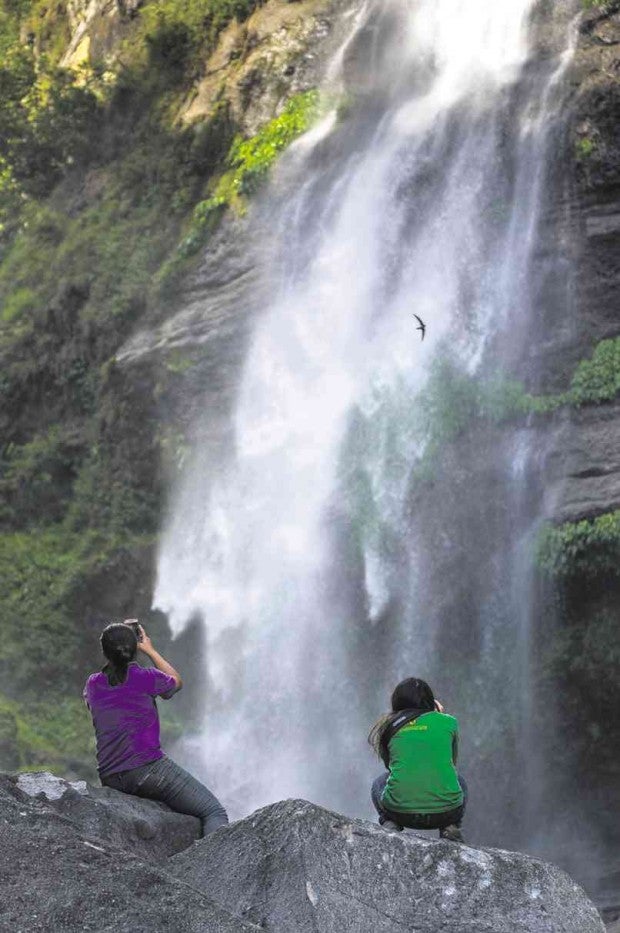 TOURISTS hike for more than an hour from the town center of Sagada to reach the Bomod-ok water falls. RICHARD BALONGLONG

One solution is to declare the 12 “dap-ay” of Poblacion village of Sagada as heritage sites, which would fall under the protection of the National Heritage Commission of the Philippines (NHCP).

A dap-ay is where elders gather the community to discuss pressing issues that affect their lives. Some areas are now designated as tourist spots.

Another proposal is for Sagada to impose tribal restrictions over tourist haunts through ordinances. This contrary view is being espoused by residents who do not want their community to be controlled by a national agency.

Jaime Dugao, the indigenous representative in the municipal council, said some residents were skeptical, fearful that “the restrictions imposed by the NHCP will hamper the development of the town.”

Any improvement or repair of damaged state-protected heritage sites would need the permission of the NHCP, he said.

He said making the dap-ay heritage sites did not make these areas exclusive only to a select few. The dap-ay belong to the community, he said.

Some groups are also lobbying to make Sagada a heritage community, in the same way cities like Vigan in Ilocos Sur province are granted special protection. Others have initiated a petition seeking a council measure declaring the town’s tourist spots protected cultural heritage sites.

“Even if we were able to locate new burial caves, we will not open them to the public because things that happened in the past might occur again,” Pangod said.

“The Lumiang cave where a couple took nuptial photos that caused a stir online is still open to the public. We cannot promise that [another bridal photo shoot using Sagada’s burial site] won’t happen again. Nobody guards the place. We cannot afford to hire security there. So we have asked souvenir shops near the place to keep watch.”